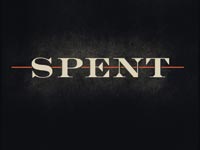 Marketing Challenge: We don’t want to believe that we could ever find ourselves homeless. We cling to the idea that poverty is not the result of economic forces, but of personal responsibility. People “like us” work hard to succeed, so people “like them” must be lazy or make poor decisions.

The conventional approach to advertising services for the poor and for homelessness is to play off these judgments. If we can make you feel guilty for how much you have, you’ll be moved to help those who have nothing.

But we knew guilt trips really don’t work, having already produced some very well-crafted work for Urban Ministries of Durham (UMD), an organization that provides food, clothing and shelter for people who are homeless or at risk of becoming homeless. We also knew that the difference between “us” and “them” can be as razor-thin as a layoff, divorce or medical emergency.

How could we change the national conversation about homelessness without a dime of paid media?

Creative Solution: Engage people in a game that puts them on the edge of homelessness.

Media Solution: We turned social gaming into a social service by creating an online game that puts players on the edge of homelessness. Players start with $1,000 and make the decisions needed to reach the end of the month with something still left in your pocket. Sounds easy, right?

But try doing it while facing the daily dilemmas that bring people to places like UMD. Do you make a healthy meal or keep the lights on? Cover the minimum on your credit cards or pay the rent?

It’s hard to make it on your own, so players can ask their Facebook friends for help by posting messages like, “I can’t pay all my bills this month. Can I borrow some money?” This social media tie-in serves as organic advertising for the site. It also packs an emotional wallop. “I know it’s just a game,” one player said. “But I was still embarrassed.”

Players who finish the game are invited to “help someone living SPENT today” by donating or learning more about UMD’s mission.

Results: From the launch in February through August (the end of the Effie period), there were 665,000 unique visitors to playspent.org.

SPENT has been played in 196 countries, from the U.S. to Uruguay to Ukraine. At the very moment that Mubarak was thrown out of power, 15 people in Egypt were playing. Members of his inner circle worried about future job prospects?

And even though the effort was meant to drive awareness and understanding, and the site was not optimized for donations, SPENT has raised more than $34,000 for UMD, all from 1,637 donors they never would have reached before, and from places as far-flung as Alaska and Africa.