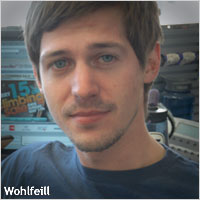 At outdoor retailer Moosejaw, marketing madness is taken pretty seriously. Callers on hold listen to a 1942 speech from Winston Churchill. Shoppers in stores may get swept up in impromptu games of hide-and-seek. Augmented-reality apps don’t really sell its outdoor gear, but do let fans look at people without their clothes on. Thanks to the success of this quirky marketing, much of it digital, the company now generates 65 percent of its sales online. And it’s extended brand awareness well beyond its nine-store Midwestern footprint.

A. The first store opened in 1992, in Keego Harbor, Mich. Pretty soon, the founder, who was 19 and had no experience in retail, opened stores in Ann Arbor and Lansing so he could meet girls. So things like starting a game of touch football in the middle of the store -- that was just his personality. The idea that retail can be fun and customers can be your friends is just part of what the brand has always been.

Q. But it’s very different in your category, right? Companies tend to treat mountain-climbing like a life-and-death sport.

A. Yes, outdoor tends to take itself pretty seriously. But each brand has its voice, and we’re just all about customer engagement, and always have been. Our passion is to make this be the most fun retailer in the world.

Q. Do you define the company as an online store, at this point?

A. The majority of our business is definitely online, but we are multichannel-focused. Our best customers truly are multichannel, and are on Twitter and Facebook. The expansion with brick-and-mortar stores helps us reach more people.

Q. Who are your core customers?

A. There are really two spikes. One is college-age, 18 to 24. We have a lot of interaction with these customers. And then the next group is people in their late 20s to mid 30s. We think our humor and brand voice speaks to college customers, and they love that there is nothing corporate about us. They buy a lot of Moosejaw private-label clothing. Once they get a foothold in their career and have a little more money, they come back, and are buying more of our branded products--Patagonia, Arcteryx, and the North Face.

In general, we have more women than men, but they are often buying products for the men in their lives. And they are active -- hikers, bikers, skiers, cyclists. They live in urban environments, but spend their weekends in the country.

A. Well, we do run print when we open stores. But we don’t have a very big ad spend. We’ve done some targeted digital, and are very involved with comparison-shopping searches. To us, the main thing is the voice -- it’s very self-aware. For example, we’ll make lots of references to MMB, or “My Mean Boss.”

And we try to be unexpected. Our winter catalog, for example, was a huge success. We wanted to do something none of our customers had seen, so we made an augmented reality app that let them look at our models in their underwear. Lot of companies would have used AR to layer on product details, but we just wanted to make it stupid and fun. Wired wrote about it, and so did Huffington Post. People kept copies of the catalog on their coffee table.

A. Yes. We recently tested a promotion during daypack season, offering some people a water bottle and others a “Prepare for truancy” kit, which included free downloadable doctor’s notes. The notes had no monetary value, but they far outpaced the water bottles. It’s fresh. It’s new.

A. We’re about to drop our summer catalog, which uses another app. This one is called Moosejaw Sweaty and Wet. All the models are sweaty; you get to hose them down. It’s a fun, synthetic water experience.