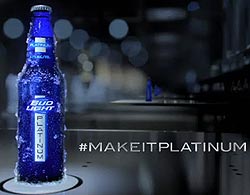 Bud Light is generating positive social/online buzz among Millennials, according to recent data from YouGov BrandIndex.

The brand, which has had particularly high visibility of late as a result of its recent launches of Bud Light Platinum and Bud Light Lime-A-Rita, showed the largest gain in perception among adults 21 to 34 over the past two months, based on BrandIndex’s Index score. (The Index score averages perceptions of value, quality, satisfaction, general impression, reputation and willingness to recommend.)

In fact, Bud Light was the only one of the three domestic light-beer megabrands to garner more positive than negative perception feedback during the period, and since the end of April, has even been tracking higher than premium beer brands Amstel, Beck’s, Dos Equis, Foster’s, Heineken, Molson and Peroni.

As of March 19, Bud Light had a -6 Index score. By April 27, its score had reached 1, passing the premium beer sector (which hovered at about 1 between mid-March and late April, but swung down to -1 by early May). From late April through May 8, Bud Light’s daily scores remained at 1 or better, sometimes approaching 2.

Coors Light, an official sponsor of the NHL (which had its playoffs during the period), has also been running a campaign featuring hip-hop star Ice Cube and his bodyguard Tiny. This brand showed the second-largest perception improvement during the two-month period. Starting at -7 on March 19, it steadily worked its way up to a -1 or -2 score.

Miller Lite, which revived its classic “It’s Miller Time” tagline starting in March, had a -8 score on March 19, and stayed at around -7 until April 26. At that point, its Index began an upturn, bringing it to a -3 score by May 8.

For chart, see the BrandIndex site.