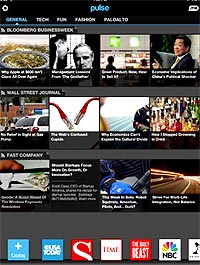 While advertisers have been slow to invest in a tablet platform that seems to have even fewer creative and distribution standards than the mobile market itself, both Amazon and the news aggregator Pulse are preparing to offer advertising products for their respective venues, according to separate reports.

AdAge.com reports that Amazon is pitching agencies on placing ads at the Kindle Fire welcome screen for an entry price of $600,000. That hefty price tag would cover two months of exposure as well as placement on Amazon’s ad-subsidized “Special Offers” devices. Amazon would not comment on the report, but the pitch may well involve an unannounced Kindle Fire that follows the model Amazon set forth in its “Special Offers” Kindle units, which sold at a lower price in exchange for running ad messages in the Kindle’s screensaver mode.

In another tablet-related ad initiative, the popular news aggregator Pulse for iOS and Android is advertising for a sales executive, according to TechCrunch. Based in New York, the account exec will be charged with selling innovative modes of promotion for clients. “We are building innovative and disruptive ways of empowering brands to share their content and tell their story in a way that’s natural and native to Pulse,” reads the job post. “We’re not selling standard units, we’re reinventing what marketing can be and should be on mobile devices.”

Much like Flipbook, Pulse has been cultivating more direct relationships with major media providers in order to present their feeds of content in more appealing ways. It features content from The Atlantic, Discover, The New Yorker, Huffington Post, TIME and Wall Street Journal, among others. Flipbook leveraged these content relationships into advertising partnerships where full-screen ads were placed between the pages of a specific media company’s reformatted feed. When TechCrunch inquired about the post, Pulse CEO Akshay Kothari only said that the ads in the Pulse model will resemble the content quality in the app itself.

Pulse presents its content in a series of tiered thumbnails from specific brands. It remains among the most popular apps across most of the mobile and tablet platforms on which it appears. Pulse was among the earliest of the aggregator apps on mobile platforms. Originally a paid app, it moved to a free model in 2010 in order to grow scale, but it has not revealed its ultimate business model until now.