Lcoal deals pioneer Groupon announced at its blog this week that it has acquired Breadcrumb, which makes point-of-sale systems for hospitality and restaurant merchants. The POS system uses tablet apps to manage things such as restaurant seating, order tracking and submission and hotel room booking.

“Breadcrumb will continue to serve new and existing clients and we look forward to offering their product to our existing merchant partners,” the company said. “Also, for Groupon merchant partners that use Breadcrumb’s point of sale system, we’ll be able to significantly improve the process of redeeming a Groupon.”

The acquisition fuels speculation about Groupon’s ultimate ambitions in leveraging mobile technology to weave its way into local business and even mobile payments. The company has been testing an m-payment solution that appears to undercut rivals such as Square and PayPal with lower merchant costs. VentureBeat reports that the test program charges a shop owner only 1.8% of a transaction compared to around 2.7% by others. The company was offering an iPod Touch and a card reader to enable the POS system.

With Breadcrumb, Groupon gets technology that not only takes payments but can weave its way into the basic functionality of a merchant’s workflow.  During its most recent earning call, CEO Andrew Mason claimed that the next stage of Groupon’s development would involve an “operating system for mobile commerce.” Mobile devices are already processing 30% of Groupon daily deal transactions.

The m-payment space has become very cluttered very quickly. In addition to the seemingly never-ending trails of the ISIS consortium of credit card companies, hardware OEMs and carriers, there is the Google Wallet, PayPal Here, Intuit GoPayment and a host of smaller startups like Square, Boku, and Gopago. 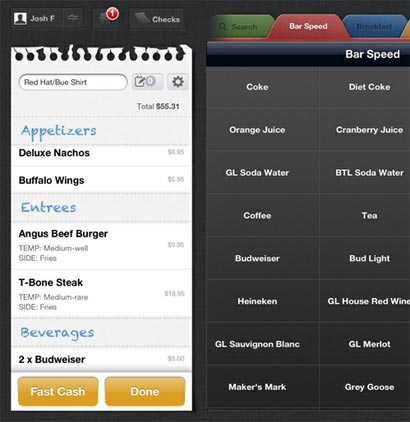