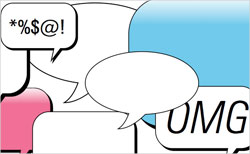 Fans can be fickle, and friends can turn into foes. Lessons from the frontlines of social media

A recent survey — conducted by Strata, the agency media software and processing firm owned by Comcast — found that 69 percent of agency honchos consider social, i.e., Facebook, the “focus” of their digital ad spending. That’s up 32 percent year-over-year and puts social just behind display (71 percent) as the dominant digital media-buying platform.

What does that mean for marketers? Unfortunately, a lot more pressure to perform in a channel that remains remarkably unproven, hard to measure and riddled with cautionary tales.
Take Pepsi and its Refresh campaign, which analysts still point to as the best example of social marketing’s shortcomings.

Awareness generated by the Pepsi Refresh Project was enviable — close to 3 billion impressions from earned media by the end of 2010. The campaign, however, failed to have a strong impact on the brand’s overall sales. According to Beverage Digest, original Pepsi slid 0.3 percent in market share and 4.8 percent in volume last year.

“Refresh proved that social can’t take the place of other channels,” says a respected industry analyst who asked not to be identified. “Whatever it achieved, it didn’t help [PepsiCo] sell any Pepsi.” (PepsiCo representatives declined to comment for this story.)

A more recent example of a social marketing snafu came courtesy of McDonald’s, after it paid to appear at the top of the trends list on Twitter’s home page. Rather than encouraging Twitter users to wax positive about the brand, the hashtag #McDStories served as a lightning rod for consumers’ worst impressions of McDonald’s and its food.

The effort personified “a social effort gone wrong,” according to Jordan Bitterman, senior vice president and social marketing practice lead at Digitas. “The fast food chain encouraged its audience to use the #McDStories hashtag to share nostalgic stories on Happy Meals. The conversations took a U-turn and attracted critical tweets about horror stories regarding McDonald’s instead.

Adds Bitterman, #McDStories was “a prime example of the unexpected, non-formulaic nature that comes with the social media territory.”

McDonald’s doesn’t deny its social misstep, though its marketing team thinks the campaign’s negative impact has been overblown. “#McDStories was an unfortunate blip on the radar and not the calamity that some have tried to make it out to be,” Dana Martin, McDonald’s social media supervisor and Rick Wion, McDonald’s director of social media, said in a joint statement. “On the day we ran the Promoted Trend, there were 72,000 tweets about McDonald’s overall with only 2,000 mentioning #McDStories. In comparison, 10 percent of that day’s conversation was fans sharing happy, positive tweets about the ‘EggMcMuffinOf’ campaign.”

LG is another brand that was recently burned by a hashtag. Apparently, many people thought ‘#LGParentism’ stood for ‘Lesbian Gay Parentism,’ rather than the brand LG,” according to eMarketer principal analyst Debra Williamson.

“The good news is that these brands ended up rolling with it, and they took the criticism — and the confusion — in stride,” Williamson says. “But I think spending a bit more time developing a solid hashtag is worthwhile, and some brands aren’t doing this.”

Where else are marketers going wrong with social? For one — while Facebook is happy to have the scratch — advertisers are spending too much money on the medium, according to Fou.
“The fact [is] that it doesn’t take large budgets to do social correctly,” Fou insists. “In fact, when compared with TV advertising, when you eliminate the cost for making glossy TV ads and the media cost of airing the ad, social media marketing is only a tiny fraction of the cost of TV, and it can be orders of magnitude more effective.”

Jeremiah Owyang, an industry analyst with the Altimeter Group, closely follows the rise of what he calls “social media crises,” or issues that arise in — or are amplified by — social media, and result in negative mainstream media coverage, a change in business process or financial loss.

Not only have such issues been on the rise since the early aughts, but, according to Owyang: “We found that 76 percent of these crises could have been prevented or diminished had the brand been prepared and had proper training, staff and processes to respond.”

Crises aside, everyone agrees that social holds promise for most brands.

“Once brands stop thinking about social as a way to revolutionize marketing, they can start evaluating consumer lifecycles, and figure out where social fits,” explains Nate Elliott, an analyst at Forrester Research. “People look at social as a problem, but they need to look it as a solution to specific problems.”

According to Elliott, Radio Shack recently displayed its social smarts — first, by achieving reach with a TV campaign, and only then using social as a secondary reach tool. He also commended Sephora for supporting a lively community on Facebook, without ignoring that stores and branded Web sites offer more depth than a Facebook page ever can.

What Other Brands Are Getting It Right?

“I’m a big fan of brands that take a bold approach and bring new thinking to a typically staid category,” notes Williamson at eMarketer. “U by Kotex is one of those brands. Lately it’s been supporting a ‘Ban the Bland Design Challenge’ campaign, where it invites women — particularly young women, the target audience for this brand — to submit colorful designs for feminine pads and carrying cases for pads.” The artwork has been extraordinary and the company says the engagement that the campaign has driven is outstanding.”

Looking abroad for inspiration, Fou points to TNT’s launch in Belgium. “They made a video ad that went viral. It worked because the ad itself conveyed the key value proposition of TNT — drama — and it was funny, memorable and share-worthy.” As a result, it hit some 30 million views within two weeks of launch.

Thinking bigger, Fou notes that a winning social media strategy will soon require brands to unify their efforts across channels. It is “what I call ‘unified marketing,’ which goes beyond ‘integrated marketing,” he says. “Marketers should determine on a case-by-case basis what is working for them in both traditional and digital channels, and ensure those tactics are synergized and reinforce each other.”

Adds Fou: “Obviously this is all rooted in being able to measure everything and then to compare apples to apples and finally to make business decisions on how to optimize in order to drive biggest business impact.”

That, however, is easier said than done. In fact, most would agree that insufficient channel measurement remains social marketing’s biggest barrier to growth.

“Marketers know that counting fan ‘likes’ and followers is not the best way to measure success in social media marketing,” according to Williamson. “But these metrics are often the top benchmarks for performance. It’s no surprise, then, that a majority of marketers believe they cannot measure social media campaigns effectively. Compounding matters, marketers are overwhelmed with data; too often, they are gathering data because they can, not because the numbers are meaningful to what they are trying to accomplish.”

Williamson adds that this issue is critical to the budgeting question because measurement goes hand-in-hand with spending. In a mid-2011 survey of marketers and agencies by the Pivot Conference, 42 percent of respondents said showing ROI was a significant obstacle, directly ahead of budgeting (34 percent) and getting executives to sign off on plans (27 percent).

No doubt, “marketers love metrics, and social still struggles to provide uniform measurement across platforms,” says Lou Kerner, founder of the Social Internet Fund, which invests in social media companies but doesn’t own any Facebook shares.

Notes Owyang at the Altimeter Group: “The general lack of measurement success has been a hindrance to the social marketing space, as efforts are often measured off domain, where Web analytics are not tracking, and engagement often doesn’t lead directly to conversion numbers.”

If they didn’t already know it, Owyang adds: “Social marketers must be prepared to demonstrate … what was achieved, how, and why.”

“Being in social media means giving up control,” according to Martin and Wion at McDonald’s. “But you can’t just give up control and hope for the best; you have to have contingency plans in place.

“When critics tried to hijack [#McDStories], we quickly switched to #MeetTheFarmers and the negative chatter subsided within minutes,” Martin and Wion note. “As one of the most talked-about brands, we take great care to craft our social programs to minimize risk of attack from critics, but our primary focus will always be on fans and engaging with customers.”
Bitterman at Digitas likens social marketing to stand-up comedy.

“Doing stand-up has always been considered a very naked profession,” he explains. “You’re out there on your own: It’s just you, your audience and whatever jokes and comebacks you brought with you when you went on stage. In social marketing, brands also have to be ready for anything.”

That said, “Building trust and being authentic are critically important because, without it, the brand is subjecting itself to ridicule the likes of which could turn off an audience and have them head for the doors,” Bitterman adds. “Find your center and maintain it.”

While no brand can claim to have mastered the medium, Williamson doesn’t see that as any reason to avoid social media. “Social media is constantly evolving and marketers must stay on top of trends and new services, and look for opportunities to capitalize,” she says. “These opportunities often come up quickly, so marketers must have streamlined processes in place to make quick decisions.”