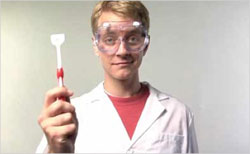 marketing
1 comment about "Speaking in Tongues".
Check to receive email when comments are posted.
Next story loading