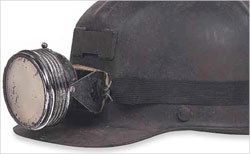 They may be global, but marketers can’t quite catch up with consumers’ passion for local

In many quarters, 2012 has been dubbed the year of mobile. According to a 2012 Nielsen report1, smartphone penetration in the U.S. has exceeded 50 percent and is poised to rise even further as the technology improves. Just like every new technological platform that attracts a critical mass of consumers, mobile has experienced its fair share of the inevitable growing pains in monetization with advertisers that every nascent medium goes through. However, I think brands and agencies know there is great, and largely untapped, value in mobile advertising, and an engaged audience  — expecting media and technology to tangibly improve their lives — is waiting to connect.

The Case for Location-Based Mobile

Location-based mobile advertising represents the ultimate actualization of this opportunity. With the growing level of sophistication and wizardry behind the modeling and the technology, publishers are now capable of offering premium, brand-safe content that is sticky with consumers. And with publishers increasingly ramping up their capabilities in offering video and tablet inventory, advertisers are beginning to see the power of the platform in engaging their target audiences in a deeper, more resonant manner.

The number of people who are consuming video content on mobile devices is increasing rapidly. Tablet ownership is up 282 percent, and ereader ownership is up 129 percent compared to this time last year, according to recent 2012 comScore data2. Logically, consumers are more apt to tap on mobile ads that provide value than those that don’t. It stands to reason that location-awareness is a proven driver in higher click-through rates as compared to campaigns that aren’t location-aware.

Our surveys at Verve have convincingly confirmed this notion. The ability to hyper-target consumers locally is especially vital in the marketing plans of brands in the retail, automotive and QSR verticals. For example, over 80 percent of people on the Verve Network said they would be open to receiving mobile ads promoting their local dealerships if they were offered an incentive for test-drives of new vehicles as a part of the messaging.

Dynamic, geo-fenced campaigns are starting to catch on with marketers, too. An advertiser may want to drive traffic to a store location for a weekend sale, so ads are only served to people within a predetermined radius of that store location, and nobody outside of that parameter will receive those ads.

Or if you’re looking to cast a wider net, a brand can execute what in industry lingo is referred to as a geo-aware campaign. A brand could set location parameters to better target consumers of a general area. The technology exists where mobile ad creative can be effectively adjusted based on regional weather forecasts or other criteria. Home Depot ads in the Pacific Northwest during rainstorms may remind consumers about their line of roofing and rain-gutter products, while simultaneously showing Miami consumers specials on patio furniture.

How Do We Sell Location-Based Mobile to Advertisers?

So the value proposition for location-based mobile would appear to be a simple, elegant and powerful argument. What will it take to spark a level of commitment from advertisers commensurate to the opportunity? Consumers currently spend 29 percent of their time in the mobile medium, yet the ad spend is only 1 percent vis-à-vis other media. This imbalance is due to a lot of things, and will close over time, but generally speaking it’s about a lack of cohesive understanding of how mobile fits into the broader strategy.

It’s also reasonable to figure that many brands are standing on the sidelines out of pure inertia and an aversion to risk and experimentation. We all know about the relatively short lifespan of CMOs at Fortune 500 companies, as well as the increasing encroachment of cost-cutting procurement people into the advertising allocation process within marketing organizations. Against this tough backdrop, the margin for error is razor-thin.

So how do publishers and mobile ad networks sell the proposition to brands and their agencies? Local media companies need to realize they are sitting at the epicenter of the entire “LoMo” phenomenon; 95 percent of smartphone users have searched for local information according to Google Mobile Playbook, April 2012.

And beyond relentlessly preaching the gospel of “test and learn” as a marketing imperative, we need to do what we can to give CMOs and their marketing people cover for these initiatives. The most surefire way to do that is by offering them case studies of how advertisers have successfully leveraged the location-based mobile platform and delivered upon predetermined KPIs.