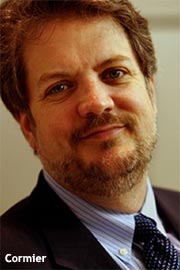 Mobile ad exchange Nexage has raised $10 million in a second round of venture financing led by SingTel Innov8, the corporate venture capital arm of the SingTel Group. Prior investors Relay Ventures and GrandBanks Capital also participated in this financing, which brings the total raised by Nexage so far to $14.5 million.

The Boston-based company said it plans to use the new capital to build out its products and technology, add sales staff and potentially expand its ecosystem of buyers and sellers. More than 300 publishers and developers and 150 buy-side entities today use Nexage real-time bidding (RTB) exchange to trade mobile display inventory.

“This is a classic Series B round, meaning we’ve shown customer acceptance, we’ve shown success in the market, and we want to grow fast, and stay ahead of the market, and that’s what we’ll be using the funding for,” said Nexage CEO Ernie Cormier. The company saw bid volume increase 70% a month in 2011, and earlier this year it said ad requests had surpassed 100 billion.

Nexage CMO Victor Milligan said the company has benefited from more publishers optimizing their digital presence for mobile as well as advertisers becoming more active in making mobile buys using RTB platforms. “So the funding raise allows us to ensure we stay apace and get further out in front of this market,” he said.

Cormier makes the case that RTB marketplaces such as Nexage are especially relevant to mobile because the medium lacks the third-party data derived from cookies on the desktop Web. So advertisers look to publishers and exchanges for ad-targeting information such as location and user demographics and behavior.

“Because all the data for targeting is on the supply-side, not on the buy side, you really end up having to have an exchange -- there’s no other means of doing it at scale for buyers to sift through the billions of impressions available,” said Cormier.

“Mobile advertising has quickly shifted from an experimental market to being an integral part of the advertisers’ ability to reach and compel consumers,” said Punit Chiniwalla, director of investment for SingTel Innov8, in a statement. “Nexage is well-positioned to be one of the winners in this rapidly growing market.”

U.S. mobile advertising grew more than threefold in 2011 in to $1.6 billion, according to the Interactive Advertising Bureau. The IAB released new data Wednesday estimating the global mobile ad market at $5.3 billion.