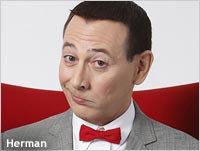 It might look to the casual observer that there are no strange bedfellows in the licensing business, where deals look like they are made like casual affairs between complete strangers. If so, this week's Licensing Expo in Las Vegas is the biggest speed dating event on Earth.

On the first day alone there were more announcements between brands and manufacturers, digital and non-digital, icons and upstarts then probably take place in a decade in any other area. And that was the first day.

After a keynote by mega-former model Kathy Ireland, who epitomizes the kind of power by association that drives the business (“Brand Building Through Licensing – My Journey from the Beach to the Boardroom” was her speech) the linkups were announced fast and furiously (I did not license that expression, although I'm sure someone has). Charles Riotto, president of the Licensing Industry Merchandisers’ Association, says royalty revenues from licensing in North America increased 5% in 2011 over 2010.

- Speaking of trade shows, Advanstar, one of the world’s largest producers of such events, is teaming up with Stan Lee’s Comikaze Expo presented by POW! Entertainment as a strategic and operating partner to expand the Comikaze show and brand globally.

- Warner Bros. Consumer Products is lining up a huge program for the forthcoming "Man of Steel" movie, with DC Comics. Sony Pictures Consumer Products has acquired the licensing rights to the upcoming film "The Mortal Instruments: City of Bones."

- Sony is also teaming with the NBA during the NBA Finals this year for "The Amazing Spiderman." The NBA Finals on ABC features a spot combining NBA game action of the Oklahoma City Thunder and Miami Heat with action from the movie, according to an NBA release. During this year's postseason, Disney and Warner Brothers also marketed films around the NBA Playoffs and Finals.

- Skechers USA used the show to talk about a new line of performance gear that will be launched this summer at the New York Marathon. The brand involves a licensing deal with Olympic athlete Meb Keflezighi, the nation’s leading marathon runner, for Skechers GOrun Ride, a running line; Skechers GOtrain, a workout shoe built for added stability and control; and Skechers GObionic, a zero-drop ultra-minimal running shoe. The brand has also launched new merchandise in its Twinkle Toes entertainment space. And in a perfect example of unlikely pairing, there will be a new "Twinkle Toes" from Universal Pictures.

- The social gaming trend is reverse-tracking the digital-into-physical-merchandise trend epitomized by the proliferation of Angry Birds stuff (the Rovio Entertainment game already has more than 20,000 existing licensed products, per the Expo communications folks.) Now more physical products are moving beyond retail into the social gaming space. Brands include ICEE, SuperPretzel and Tamagotchi. On the Angry Birds-style digital-to-physical lane, ZeptoLab, which makes the Cut the Rope game says it has over 30 licensee partnerships with toys, apparel, accessories, sweets and home décor stuff coming down the pipe. And this fall, ZeptoLab says it will release a co-branded board game with Hasbro. Cut the Rope is played in more than 125 countries with more than 30 million monthly active users. Other highlights include more than 150 million downloads, and it is the fourth leading paid iTunes app of all time.

- Also new: Pee-wee Herman of Pee-wee Herman’s Playhouse has brought on Brand Central LLC as exclusive licensing agency for consumer products. Herman, who last year had a Broadway review reprising his famous TV show is hoping to get mileage from new fans.

- SeaWorld Parks & Entertainment has launched its first consumer Web site that connects fans with nature-themed licensed products such as digital gaming, toys, apparel and more. The program, In partnership with Ruckus Media Group, also involves a line of digital storybooks based on the animals and programs at the Park. SeaWorld had live animal education shows. A portion of all licensed product sales are donated to the SeaWorld & Busch Gardens Conservation Fund to help save wildlife worldwide.

- Univision and Grupo Televisa are promoting Univision and Televisa’s Consumer Products division in the beauty and fashion categories that include shoes and accessories, make-up and jewelry.