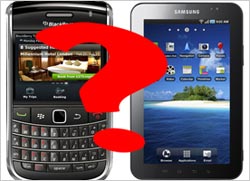 The number of mobile Internet users will surpass desktop users by 2014, according to a forecast by comScore, which also estimates that a 47% rise in smartphone users -- equaling 106.7 million or 45.6% of the U.S. mobile population -- occurred in the year prior to March 2012.

The data, part of the research firm's State of the U.S. Internet report, also details trends in social, online advertising and e-commerce. And while Android-operated smartphones now hold 51% market share -- up from 35% last year -- will the pocket-size devices live up to the ad-revenue-generating gadget Google touts, or will it fizzle out for brands as a money generator and do nothing more than make the lives of U.S. consumers a little bit easier?

Putting numbers into perspective, the U.S. only accounts for 13% of the Internet population. When calculating the distribution of the world's Internet audience, comScore states that the U.S. holds about 14.6% of the online population, down from 66% in 1996. Asia-Pacific is next with 41%, followed by Europe at 26.6%, Latin America at 8.9%, and the Middle East and Africa at 8.8%, according to comScore.

In Mary Meeker's latest Internet Trends report, she characterizes mobile advertising in the U.S. as a $20 billion missed opportunity. Yes, maybe -- but desktop ads and search engine marketing are not like mobile ads and search engine marketing. The I'm-going-to-hide-my-head-in-the-sand-because-I-don't-recognize-the-difference syndrome will continue to stifle growth and performance. Brand marketers must overcome a learning curve.

Overall, worldwide, people conduct more than 4.1 million searches per minute, according to comScore -- but it's unclear whether that factors searches in apps or links to social platforms.

For example, take the social site Pinterest, an electronic pin-board. Most consumers, and many marketers, don't realize the marketing potential from the site. comScore found Pinterest to be the fastest-growing social media network in both unique visitors and clicks from search engines. The network saw more than 4,377% growth in the year prior to May 2012. The report suggests that Pinterest users spend more, buy more items and conduct more online transactions than most other social media buyers. They are second only to LinkedIn users in the Buying Power Index of the top five social media sites.

Businesses looking to build mobile apps should not count out Apple. Flurry, a mobile app and measurement platform, estimates that seven out of every 10 apps that developers build are for iOS.  The company admits that Google made some gains in Q1 2012, rising a bit more than 30%. Flurry believes this is largely due to seasonality, as Apple traditionally experiences a spike in developer support leading up to the holiday season.

The chart shows the number of consumer applications sessions across devices as of May 2012, along with revenue-generating opportunities. It turns out that "Android delivers less gain and more pain than iOS, which we believe is the key reason 7 out of every 10 apps built in the new economy are for iOS instead of Android."