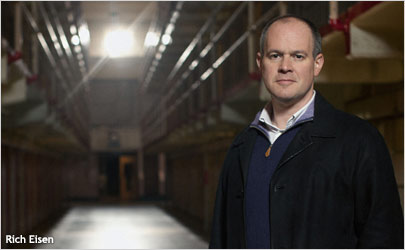 Volvo is hoping to emerge with a big brand lift after a sprawling sponsorship deal with new TNT reality series “The Great Escape.” The automaker’s deal with the Turner network stretches from product integration to branded vignettes to a second-screen app.

Turner has been moving aggressively into the sync app arena -- via shows such as “Leverage” on TNT and “Conan” on TBS -- where networks look to offer a supplementary experience on mobile devices as broadcast airs. The free “Great Escape” version with Volvo backing includes trivia, what’s-next predictions, behind-the-scenes action and social media opportunities. A gaming function allows users to accumulate points and ultimately enter a great-escape-to-Hawaii contest.

“The “Great Escape” is part of Turner’s efforts to add reality series to TNT and TBS. It posits three pairs of competitors each week trying to get out of a challenging environment that’s a secret to them. NFL Network’s Rich Eisen is the host; the premiere is set for Sunday after the drama “Falling Skies."

A TNT-developed vignette will run during a break in each episode, featuring a trio of Volvo sedans in an escape scenario not dissimilar from the show. A traditional Volvo spot will follow.

Within episodes, Volvos will be featured and may serve as the escape vehicle that lifts teams to freedom. Volvo branding is already appearing on a “Great Escape” microsite.

Michelob Ultra is a second top-line sponsor of the series, which features producers from the longtime, Emmy-winning CBS hit “The Amazing Race.”

Summer is prime time for TNT, which just premiered a remake of "Dallas" to significant ratings. Earlier this month, it brought back "Rizzoli & Isles." In July, the final episodes of "The Closer" air, which helped establish TNT as a hub for original dramas on cable.