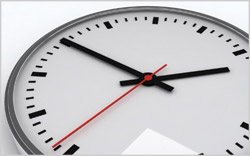 If timing is everything, brands using digital media are in trouble. While Facebook users are most likely to interact with brands between 10 p.m. and midnight, companies typically launch social campaigns between 11 a.m. and noon. And while YouTube aficionados are most likely to be exploring brand messages on a Monday, that is retailers’ least favorite day.

Those insights are from Yesmail Interactive, which recently released an in-depth analysis of 20 major retail brands to assess how successfully they are aligning their digital marketing efforts.

The answer? Not very well, Michael Fisher, president of Yesmail, tells Marketing Daily. And there’s a significant disconnect between the way potential customers engage with digital media messages and the way campaigns are currently planned. “When you don’t pay attention to timing and the way campaigns reinforce one another, you get lower levels of engagement,” he says. “And less is more. If brands would focus smaller and more refined messages to smaller audiences, they’d often get better results.”

Among the brands included in the analysis are Abercrombie & Fitch, American Eagle, Ann Taylor, The Gap, H&M, J Crew, Ralph Lauren and Urban Outfitters. The research tracks each retailer's Facebook, Twitter, YouTube and email campaigns over a three-month period to evaluate how effective they are in driving consumer engagement.

The day of the week emerges as a big consideration, he says. Facebook campaigns achieve the highest level of engagement on Tuesdays, even though it ranks fourth in terms of when campaigns are deployed. Most brands launch Twitter efforts on Friday, despite its being the least engaging day. Timing is also essential: More than 84% of Twitter campaigns occur within regular work hours, even though 5-8 a.m. EST is the time frame with the highest level of customer engagement.

Another finding, he says, is that companies are not sharing best practices across all brands, with Old Navy, the Gap and Banana Republic all following different playbooks.

It’s also clear that video is underused, despite its growing popularity among consumers, “and it’s a major opportunity for engagement, especially on Facebook. Time of day, day of week, targeted audience, and content format all matter, and play a big role in every one of those channels. Many brands just aren’t doing their homework.”