Patriotism: Where Made, Not Where From 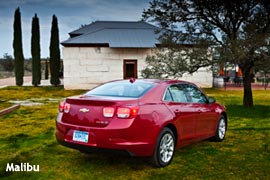 Baseball, hot dogs, apple pie and ... Toyota? When it comes to parsing patriotism, maybe consumers are smarter than some brand marketers think they are. This is, after all, the time of year when some companies talk red, white and blue -- explicitly or implicitly -- to get a leg up over imports. But data from AutoTrader suggest consumers understand that automakers are multinational, and it's the workers in the U.S. who matter.

The auto shopping and research site's "Shopper Insights Report" says shoppers for whom patriotism plays a role at the showroom look at vehicles built in the U.S. by U.S. workers more than the national identity and base of the nameplate. Forty-one percent of consumers surveyed for AutoTrader.com's Trend Engine division say the former parameter is important, while 28% said it is important to purchase a vehicle made by a U.S. automaker.

The big reasons shoppers give for buying a car built in America, regardless of the where the brand is from, are protection of American jobs (78%); support of the American economy (74%); and the fact that vehicles are built here means American dollars stay in the U.S. (62%).

AutoTrader made a list of standouts. From domestic brands: the imported from ... sorry ... "made" in Detroit 2013 Chevrolet Malibu; the new Ford Escape (Louisville, Ky.); the 2013 Dodge Dart, which is not imported from Detroit, but from Belvidere, Ill.; and the 2013 SRT Viper. The 2013 Buick Enclave (Lansing, Mich.) gets kudos: With its plush interior, moderate pricing and seating for up to eight passengers, the Buick Enclave is an affordable way to put a full-size luxury SUV in your driveway. Plus, the 2013 model gets an updated design and technologies to wow your family with.”