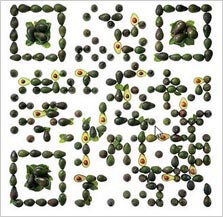 QR codes seem to be everywhere now, but Taco Bell’s new variation is bound to stand out in the crowd.

The two eye-catching images will appear in leading U.S. magazines, reports InternetRetailer. The code takes up most of each ad page.

The codes visually drive home the fresh and healthy nature of the Cantina Bell menu items, which are made from ingredients such as guacamole made with Hass avocados and whole black beans.

The code, which can be scanned using any QR code reader app, connects the user to a mobile-optimized landing page featuring descriptions and nutritional information on each of the items on the new menu, recipe ideas from celebrity chefs, and videos featuring the menu’s main chef, Lorena Garcia—as well as a video on the making of the unusual bar code.