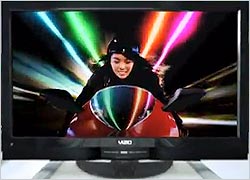 Vizio has recaptured its lead as the most popular LCD-maker in the United States, a year after falling behind other competitors.

According to information and analytics company IHS, Vizio shipped 1.21 million LCD TVs in the United States during the first quarter, a shade more than Samsung’s 1.15 million units for the same period. The last time Vizio led shipments for the U.S. The LCD television market was in the first quarter of 2011.

“Vizio has a good market position and a good marketing story for the U.S.,” Tom Morrod, senior analyst and head of TV technology at IHS, tells Marketing Daily. “They’ve got a good, focused market that predominantly sells in the U.S., which allows them to sell products specifically tuned to U.S. consumers.”

Meanwhile, Samsung remains the overall television leader in the U.S., thanks to sales of its plasma televisions (which Vizio doesn’t market) leads the U.S. market. Samsung shipped 1.4 million LCD and plasma sets combined in the first quarter, higher than Vizio’s total, according to IHS.