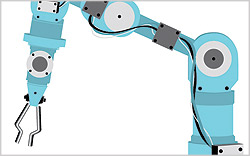 A driver with an automatic transmission has made her choice. What goes on under the hood — not the person behind the wheel — is going to decide how the car will move forward.

That’s the way it is for digital marketers and ad agencies, with the whole business built around all systems firing at once, with millions of advertising decisions and transactions that are made almost instantaneously.

So in that ultra-streamlined advertising vehicle, is there room for custom-buying?

Yes, says Joanna O’Connell, senior analyst for interactive media at Forrester Research. But in “The Future of Digital Media Buying,” a recent analysis, she first takes us on one last trip down Memory Lane while at the same time constructing figurative Road Closed barriers to make sure nobody goes back there.

The old-style traditional media planning process, she says, depends on things like securing the lowest cpms and relying on old-style relationships between planners and buyers. “Unfortunately,” she notes, “the tent poles of the traditional media-planning process — which serve models like tv-buying just fine — don’t translate effectively in the digital environment, but it’s widespread nonetheless.”

Digital is faster and nimbler and far more complex, and ever morphing into the next thing, where even two years is an eternity. That makes it seem almost impossible for a marketer or advertiser to customize their approach.

“The most obvious answer is that you make sure both hands are talking to each other,” on the creative side and the programmatic side, O’Connell says. “For example, say you’re going to run a big, splashy unit on a very high reach or important media property. Well, you’d want programmatic people to know that’s happening, including the search folks, so that they can do whatever they think is appropriate.

“I had a travel marketer give me an example: She was saying I want my dsp to be looped into the fact that I’m going to run a home-page placement on Yahoo because that will influence what they do from a bidding standpoint. That’s bringing some really smart and holistic thinking to how you make brand experience — or bespoke stuff — and programmatic work together.”

Meshing the need for dsp with the need for customization is part of what went into MediaMath’s acquisition of Adroit in 2010. MediaMath provides advertisers with that broad coverage of the digital terrain; Adroit provides the crucial customizations in various markets.

The business of customizing digital buys is only going to get bigger. Turn, for one, is selling its expertise at parsing online audiences and taking its message out, probably more broadly than its own data would suggest is necessary.

It bought its first tv commercial advertising on the season finale of Mad Men, enacting a Madison Avenue-ish scene in which a hot ’60s couple locks in an amorous embrace behind an office door. Suddenly the door swings open to reveal the jilted wife, who pulls a pistol and takes aim.

“In 10 milliseconds, Turn delivers your ad to all the right online audiences with deadly accuracy,” the voiceover intones, as the bullet spins toward its target in slo-mo. “Never second-guess a decision — at least not a business one.”

Similar to Turn, one of the real leaders in customizing is Adnetik’s aim (Audience Investment Management), which creates custom audience-targeting solutions. aim can analyze the quality of a Web site based on at least 35 different attributes ranging from the quality of its content to its visual integrity — attractive Web sites retain visitors.

From that data analysis, aim can help customize where a client’s ads should go, and even where on a Web page it should be placed within the Web site. The company’s technology can place a numerical value that can sort through 6,500 attributes, grading them best to worst, based on the advertiser’s needs.

That can tell individual advertisers where they want to be. “Better yet,” says Ken Berquist, Adnetik senior vice president for business development, “it can tell them where they don’t want to be.” Avoiding wasted ad spends probably ranks as high as finding the right places — and prevents an advertiser from ultimate disappointment.

Berquist says dsps augmented by aim-like data cut to the chase, and he thinks larger companies are beginning to realize that programmatic buying with customization overlays allows them to dramatically pinpoint their messages. “Advertising agencies don’t provide that added value,” he says. Giant companies often have internal criteria for targeting advertising that they may not want anyone — including ad agencies — to discover.

Brian Werner, associate media director for Razorfish’s health division, says dsps can only take an ad buyer so far, like making sure people in the right demographic — generally 35 and over — can see a message. But which message? Razorfish clients try to attract consumers with one set of messages, and doctors, nurses and other caregivers with totally different messages. It’s there that Razorfish uses customization tools that dsps and trading desks can’t always provide.

“We think about customization to reach the right target in very specific ways,” Werner explains. “For example, we know that if somebody’s been to our site, we shouldn’t show them an ad directing them to our site the next time we see them. We don’t want to say, ‘Hey, go to our site,’ because we know they’ve already been there. So the next ad should be more appropriate to them, based on our knowledge. And because of digital we can do all of that. We can layer on additional information we know about them. We’ve been able to do this for a while. For a long time now we’ve been pushing our clients to fully embrace that capability.”

Customization also lets clients play closer to the vest. It seems to keep ad-buy decisions grounded in fact, not based on external factors or sentimentality. O’Connell points out that “traditional” display-media planning relied on buying clout and lowest-price negotiations, and “the depth of the relationship between planners and salespeople.” Then, she says, “people drove the display-buying machine, from negotiation, to management of insertion orders, to optimization, to reporting.”

But that’s impossible in any successful online digital marketing operation. “It’s super messy right now, and marketers are being inundated by vendors,” O’Connell says. “But honestly, that’s nothing new in digital media. Certainly in the 10 years or so that I’ve worked as a planner and buyer at an agency, I went from having five ad networks call on me to having 150 ad networks calling on me. And they all looked the same. It’s a very fragmented ecosystem. But there are also some pretty deep changes going on and that’s tough. It’s complicated.”

How complicated? So much so that the Forrester report contains this sweet but unsettling subhead to one section: “Understanding the Acronyms Is the First Step to Recognizing the Opportunity.” The page that follows contains an extraordinary graphic created for the investment bank Luma Partners, which is a crazy-quilt pastiche of logos from dozens of digital firms all involved in helping move the advertiser to the audience, and the very specific types of products they sell.

All of that speaks to a digital ad model that is awash not just with players, but with new ways of playing.

Ben Kneen, who is director of ad solutions for webmd.com and operates a Web site, adopsinsider.com, which gives news and advice about the burgeoning digital ad world, agrees that the traditional ad-buying atmosphere has changed, and, he says, hallelujah for that.

“You want to work with people you like, and it’s still very much a relationship-driven business,” he says. “But there’s a lot more substance behind it and you’ve got to deliver. I don’t think business is getting done because people are buying each other expensive lunches at the Four Seasons. People don’t have time to take these long lunches and go to spas.”

While that you-take-me-golfing-if-I-buy-through-your-company mentality has evaporated, the personal touch still exists in an industry run on ad networks, exchanges and dsps, even if it’s measured in billions of impressions calculated in split seconds. It’s found in the cadre of professionals who know the product they’re selling online and know the customers they’re looking for, he says.

That seems to be the point O’Connell makes in her report — and that dsps and other sophisticated programmatic providers make to clients.

“There is a lot of room for operational efficiencies and a lot of opportunity to use things like algorithms to make real-time decisions,” she says. “Honestly, what I think that does is create more room in the human brain to be strategic. You can spend that extra hour you freed up meeting with the creative team brainstorming on the most interesting, innovative idea you both can think of and how you can apply it in a digital media environment. Not everybody has time for that right now.”

In the end, maybe customization is baked into effective digital advertising; it just takes the right people to do it right.

“From an ROI perspective, there is so much more value in hiring people who know what they are doing in this space than being on the fastest, best technology platform,” Kneen says.

“Just because the technology is more complex doesn’t mean there’s a lot of payoff, in terms of additional value to the marketer. Just because the technology can slice and dice people in new ways doesn’t mean that all of a sudden you’re convincing 50 percent more people to buy something. The talent is really what is in short supply. That’s what’s more difficult to get a handle on — finding the right people who know how to use thesevtools