NBC To Capitalize On Olympic Audiences With Promo, Show Debuts 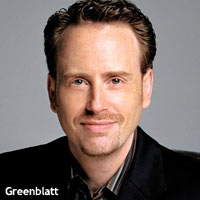 Beverly Hills, Calif. -- Although it has moved up to the third-best-rated network of last season, NBC still has its work cut out. For next season, the hope is that extra and early marketing will improve performance.

Speaking at the Television Critics Association meeting here, Bob Greenblatt, chairman of NBC Entertainment, said: "The more we can get people to sample the shows, the more buzz we'll get."

A lot of effort is pegged to the London Summer Olympics, which kick off July 27. An on-air promotion of fall shows as well as two commercial-free debuts of two new shows, "Go On" (August 8th) and "Animal Practice" (August 12),  will run during the two-week period that the Olympics run.

Greenblatt says NBC will look to gain from huge audiences generated from the Olympics -- some 25 million to 30 million viewers. He calls it an "incredible promotion platform."

In addition, Greenblatt says all shows hope to be heavily sampled on all digital sites available, especially all shows that NBCUniversal owns. NBC is producing dozens of original promos for its new series -- which is also unusual.

To take advantage of any early spin, Greenblatt says all NBC shows but one are starting up before the season officially begins in late September.

Much of this is due to "Sunday Night Football," which usurped Fox's "American Idol" for the first time as the top U.S. TV series. Also contributing heavily has been "The Voice," which landed close to "Idol" in terms of 18-49 ratings.

Some of NBC's problems have stemmed from narrowly targeted but critically positive comedies like "30 Rock," "Community" and "Parks & Recreation." Although the aim is to get broader audiences, NBC executives say TV creators need to remain true to their vision. "We just can't get the biggest audience for those shows," admits Greenblatt.

But he hopes new shows will enjoy broader reach. Some evidence of that came from last season's new shows "Whitney" and "Up All Night," which are returning.

"It takes more than a season -- it takes a couple of seasons for a show to find itself," says Greenblatt.