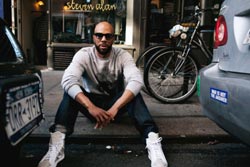 Mobile phone cases have come a long way since the old belt-clips once popular with the IT crowd. These days the case one uses says as much about a person as the phone or tablet they have decided to carry.

This September, Case-Mate, which makes covers for all sorts of electronic devices, will launch an advertising campaign highlighting how matching the right cover for the right occasion is essential in these digital times. The campaign, which employs the tagline, “Right Case, Right Occasion,” has already enlisted celebrity endorsers such as actress and pop star Selena Gomez and rapper Common. (Those endorsers are the first two in what Vince Young, the company’s vice president of marketing calls, a “series of announcements [representing] a variety of different partnerships.”)

“For our customers, we understand the smartphone is the most important trusted companion that a person interacts with throughout the day,” Young tells Marketing Daily. “It’s very much viewed as an extension of you.”

The campaign, which will include broadcast, digital and social-media programming, will target 18-30 year-olds and showcase the celebrities using different cases to express different styles. “Our customers are telling us, ‘I’m really not interested in owning one case. And the reason I’m not interested in owning one case is I have different situations I’m involved in on an everyday basis,’” Young says. “You may want a different style when you are at work. After work, you become an active person, whether you’re running errands, going to the gym, the function changes, and your definition of style changes. We want to drive the idea of owning multiple cases and matching them with the right occasion.”

For its roster of celebrity endorsers, Case-Mate is selecting stars who have a distinctive sense of style, appeal to the target demographic, and (not insignificantly) a heavy social media presence. A former teen star looking to build a more adult resume, Gomez, for instance, has a “keen sense of style” and appeals to many of the different “lifestages” represented in the 18-30 demographic, Young says.

“She does carry with her a large following on the younger end of that age range,” he says. “But when you look at her global appeal, she can appeal to a much broader group than the teen audience that her historical following to build upon.”