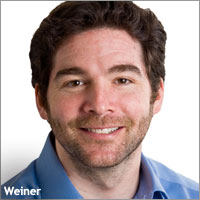 Professional networking site LinkedIn on Thursday said revenue surged 89% in the second quarter on strong gains in its hiring services business in particular.

Net income was $2.8 million compared with $4.5 million for the year-earlier period, due to higher costs. On an adjusted basis, LinkedIn reported a profit of $18 million, or 16 cents a share.

Analysts expected LinkedIn to report a profit of 16 cents a share on revenue of nearly $216 million, according to a survey by FactSet Research.

LinkedIn’s growth in the quarter was again driven mainly by demand for its hiring solutions, which help companies recruit job candidates through the site. That business more than doubled (up 107%) from a year ago to $121.6 million, accounting for 53% of total revenue. That share is up from 48% a year ago.

Advertising sales grew 63%, and represented 28% of overall revenue. Subscription revenue grew even faster -- increasing 82% to $43 million in the second quarter, making up 32% of sales.

With the rollout of its redesigned home page in July, LinkedIn said it's already seeing higher engagement among its 175 million members.

The company said interactions, including status updates on the site, are now at all-time highs. LinkedIn is also seeing a strong response to the iPad app it unveiled in the second quarter, with more than half of page views coming from content-focused features, such as updates, news and groups.

In June, the company began testing display ads in the iPad app, marking its first step toward monetizing its rapidly growing mobile audience. On the company earnings conference call Thursday, LinkedIn CEO Jeff Weiner said early response to the pilot program, involving advertisers such as Shell and Cisco, has been positive.

Weiner said LinkedIn is testing ads in its mobile phone properties and plans to eventually extend each of its business lines -- advertising, subscriptions, and hiring services -- to mobile. As of the first quarter, 22% of LinkedIn's traffic was coming from mobile, up from 8% a year ago.