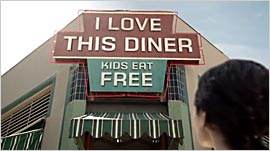 The Scott brand of paper products has launched a new loyalty program called "Scott Shared Values" whose goal is both to shake up the category and win consumers over to the brand. The effort, targeting mothers ages 25 to 42, comprises TV and digital ads as well as social media elements.

The company is using a big national media buy for this effort -- Scott's largest ever, according to Michael Hurt, brand manager for the Kimberly-Clark unit. In addition to ads, there is also a revamped Web site, and point-of-purchase elements. Signup is at www.scottbrand.com, which has been revised to promote the program, which touts loyalty deals with Blockbuster, Hertz and others.

Scott brand manager Michael Hurt tells Marketing Daily that the "Scott Shared Values" campaign allows users to sign up on the Scott Web site for coupons and rewards such as Blockbuster rentals, and Hertz discounts -- not to mention discounts on Scott products, the purchase of which is not required. "Scott has always been about value. We wanted to find ways to deliver value in even more ways. We created it as a way to provide access to deals and rewards both from Scott and other partners," he says. You don't have to buy Scott to get rewards, but shoppers will get an incentive to do so."

Members are rewarded with a $0.75 sign-up coupon and the ability to increase to $1.25 by sharing with three friends. At retail, the company is touting the program with at-shelf banners, display shelves and packaging in stores nationwide, plus monthly FSI drops (in English and Spanish) promoting Scott products and the program.

He says the campaign serves both a brand-equity builder and a consideration driver. "The intent is to provide value but also make consumers understand that Scott is about value," he says -- adding that, while the company is still working out activation tactics at in stores, it is likely to be retail-partner-specific. "For example, if a retailer is participating in a gas rewards program, we might participate in a gas-for-purchase program; or if a retailer uses gift cards as a repeat-purchase incentive, you might buy Scott bath and paper towels together and get a $5 or $10 gift card."

Hurt says the idea is also to create a new voice in a segment obsessed, traditionally, with product attributes. "We have been as guilty as everyone else, but the reality is consumers want value."

Aaron Noffsinger, creative director of Chicago-based agency Trisect, which developed the campaign, tells Marketing Daily that the creative plays on the idea of people having a kind of value radar, or "value sense." "Basically, the idea is everyone has a voice in their head about where they should spend their money. When people listen to this they get rewarded," he says.

Thus, the ads -- which include Hispanic-market-specific creative -- follow consumers’ "Value Sense," which is made visual as text on everyday locations like a side view mirror, which says "I know a secret [parking] spot" instead of "objects may appear closer than they are."

Hurt says he's not worried about the program getting lost in the Groupon-type daily deal shuffle partly because of Scott's based of loyal customers and because some of the offerings -- car rental upgrades, fun packages and Blockbuster movie rental deals, initially -- are exclusive.