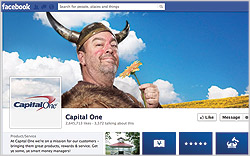 Concerns about whether Facebook's ad revenue growth will meet lofty expectations helped cut the company's market valuation nearly in half since its May IPO.

While much of that concern has focused on Facebook's ability to make money from mobile ads, a new eMarketer report looks at how marketers are responding to other design and ad-related changes that Facebook introduced in the lead-up to its IPO.

That includes steps like the rollout of the Timeline for brand pages, including Sponsored Stories in the news feed and introducing new measurement tools.

The bottom line: the changes suggest that companies are likely to have to spend more on paid media on Facebook to get meaningful campaign results. Given the intense pressure the social network is now under as a public company, it's clear why Facebook is encouraging greater use of paid ads now, in combination with earned and owned media.

It's doing that in ways that are both obvious -- such as adding new formats -- and more subtle: phasing out marketers' ability to set default tabs on their pages with the launch of the Timeline feature. Now, the default landing page must be the brand Timeline.

“You can still [use tabs], but it’s not necessarily going to pop the way it would have under the old format,” Gayle Weiswasser, VP of social media at Discovery Communications, told eMarketer. “It means that people have to be a bit more creative about how they are getting traffic to those pieces of content or apps.” Or potentially rely more on paid advertising to achieve broader reach for campaigns.

With the integration of Sponsored Stories into the news feed, and the rollout of new formats like Reach Generator, Facebook underscored that owned media doesn't have much visibility. The company said at its fMC conference that when a brand posts an update on Facebook, only 16% of its fans actually see the content.

By paying for placement in the news feed, marketers' updates can get higher priority in Facebook's Edgerank algorithm, which determines what messages and comments are shown to a user.

The increased role of paid advertising on Facebook requires closer coordination between the advertising and social media teams and a more considered strategy around posts. Adrian Parker, group manager of social, mobile and emerging media at Intuit, explained that paid media is geared toward special events rather than day-to-day outreach and engagement.

The report also highlighted Facebook's shift toward more incisive analytics to reduce the emphasis on “likes” as the main way to gauge campaign performance on the site. These include measures iike “People Talking About This,” which counts users who “liked,” commented on, shared posts or took other social actions in connection with a brand page. Another new metric is “Total Reach,” which determines how many users see brand content.

Based on various third-party studies, eMarketer concludes that the response to Timeline by consumers and marketers alike has been mixed. It's not clear whether the redesign has boosted engagement. Jeff Rubenstein, senior social media manager for Sony's PlayStation brand, for instance, said that of its almost 24 million fans, only a fraction ever visit its Facebook page.

How much Sony and other advertisers buy into Facebook's mantra of pairing paid and earned media on the site will play a large part in the company's ad growth. General Motors wasn't sold on the paid part of the equation and pulled back its Facebook advertising this spring.

“Facebook’s advertising products can help overcome some of the difficulties with marketing on the site, but that isn’t necessarily what marketers, that are often satisfied with the free tools, want to hear,” stated the eMarketer report.