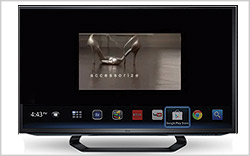 After five years, Google is shuttering its auction-based TV ad sales system and “doubling down” on the growing online video space. The decision comes after the company earlier this year said Google TV Ads had expanded such that it could sell inventory reaching 42 million homes.

Throughout its tenure, Google pitched TV Ads as an easy-to-use platform for advertisers that had never used TV before and touted multiple success stories. The company plugged the opportunity to pay only for delivery, based on Google’s AdWords system and the chance to receive granular performance metrics, used in part for set-top-box data.

Google executive Shishir Mehrotra wrote in a Thursday blog post that TV Ads was aimed at using Google technology to “bring digital buying and measurement technologies to traditional TV advertising.” Similar efforts were abandoned in radio and newspapers in 2009.

He added that it was a tough decision, but “video is increasingly going digital and users are now watching across numerous devices … We’ll be doubling down on video solutions for our clients (like YouTube, AdWords for Video, and ad serving tools for Web video publishers. We also see opportunities to help users access Web content on their TV screens, through products like Google TV.”

Google TV Ads will be phased out over the next several months. Mehrotra wrote that current campaigns will continue to be “supported(ed).” Staff can be better deployed elsewhere at Google, he added.

TV Ads suffered, in part, as some top-tier national networks balked at making their inventory available on the platform, suggesting it would commoditize their inventory.

In January, however, Google said it had secured distribution options with Cox Communications in addition to Verizon, Dish Network and other avenues. Dish Network was the original inventory provider to Google and the company did sign up some national networks.