As the holiday season gets clos 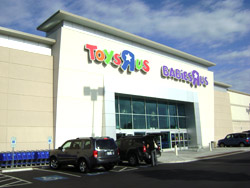 er, both Toys R Us and Walmart are firing up every retail channel they’ve got.

Toys R Us has unveiled a new Hot Toy Reservation program and expanded its omnichannel efforts. And Walmart is first out of the gate with a Hot Toy list, sweetening layaway options for its Facebook fans.

While the toy industry does roughly 50% of its sales in November and December, increasingly, the decision about where they want to shop is more important, according to the NPD Group, Inc. (formerly National Purchase Diary).

Several months ago, the Port Washington, N.Y.-based market researcher released a study showing that 70% of shoppers planned their toy purchases, and 75% of them knew precisely where they intend to buy them.

Toys R Us hopes it will be on the top of that list. The reservation program, it says, will save parents hours of racing around to find the next Tickle-Me Elmo, and allow them to put a hold on 50 items from company’s forthcoming annual Hot Toy List, and run through Halloween in all its stores nationwide. (The service is free, but requires a 20% down payment on the item. Items need to be retrieved by Dec. 16.)

The retailer is also making its layaway plan more tempting, waiving the upfront service fee for orders created before Halloween. And in addition to the tabeo tablet, unveiled last week and currently available for presale, it says it is offering a “highly differentiated assortment” of proprietary products, exclusive items and lines from branded manufacturers. (Those include Lalaloopsy Sisters from MGA Entertainment and Nickelodeon Teenage Mutant Ninja Turtles Secret Sewer Lair Playset from Playmates, which it says will be available exclusively at the chain.)

The season’s marketing push is set to include the 47-page Big Brand Sale catalog, with 46 coupons, which the Wayne, N.J.-based company says is the beginning of “an aggressive marketing cadence that will continue throughout the holiday season.”

This year, it’s streamlining its “Ship to Store” option, allowing online shoppers to retrieve toys at their local store at no costs, with dedicated pick-up kiosks in store to streamline the process. It ahs also mobile-optimized its shopping sites, and is offering apps iPhone, iPad or Android apps for weekly deals, for both Toys R Us and Babies R Us.

Meanwhile, Walmart isn’t wasting any time, and has unveiled its hot list, naming 20 toys. While layaway doesn’t start until next weekend, it is offering an option to use it immediately for shoppers who “like” local Walmarts via Facebook.

Furby, Leapfrog LeapPad 2 and the VTech InnoTab top the list.