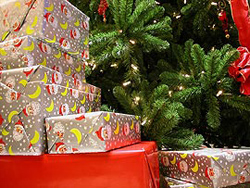 Stores are increasingly optimistic that consumers will spread plenty of holiday cheer in the fourth quarter. BDO has released its annual survey of chief financial officers of leading U.S. retailers, and they are predicting a strong gain of 4.5% in total 2012 sales. (CFOs tend to be conservative in their forecasts: Last year, they anticipated a sales bump of 3%, when actual spending came in at 7.3% higher, according to the U.S. Commerce Department.)

The forecast comes on the heels of a back-to-school season that was healthier than many stores expected. Some 32% of these CFOs expect the economic turnaround to continue, roughly triple the number who expressed that sentiment in the survey last year. And while 57% expect stagnation in their stockings, 48% of the group believe comparable-store sales will continue to edge higher through the remainder of the year. (On average, they expect a gain of 3.6%, comparable to last year’s forecast.)

“Consumers proved resilient through back-to-school season, and that is fueling greater optimism for holiday sales results,” Doug Hart, partner in the Retail and Consumer Product Practice at BDO USA, LLP, says in the survey report. “But retailers aren’t counting their dollars just yet. Forecasts are cautious as retailers closely watch unemployment, election results and inventory levels - any of which could throw a wrench in holiday results.”

And it looks like retailers intend to work every channel they can, starting earlier than ever. In July, for example, Responsys reports that email volume from the nation’s biggest stores was up 18% from July, 2011, many with Christmas and holiday deals in the message. And the email marketing company predicts that stores will push the other end of the holiday calendar as well, hyping express shipping on “Last Sleigh Day,” or December 21st. (Last year, it says 74% of retailers sent at least one promotional email on Last Sleigh Day.)

It also forecasts another increase in number of companies offering free shipping throughout the holiday season. Last year, 55% of the larger retailers did so.