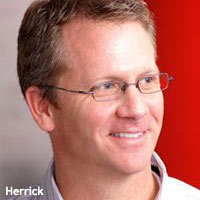 Digital marketing and tech services firm SapientNitro is diving deeper into the data and analytics space with the absorption of Iota Partners, a consumer research consultancy.

Iota was established in 2011 by co-founders Rick Robinson and John Cain to explore consumer behavior in the digital world and cull insights from massive amounts of data. The firm's 10 staffers are joining SapientNitro.

The agency said it was making the group hire to get a better grasp on new techniques for managing and manipulating the data being digitally generated, which doubles in size every year, according to research firm IDC.

“We’ll leverage Iota’s groundbreaking approaches and consumer insights to shape the stories we tell and connections we forge in powerful new ways," stated Alan J. Herrick, president and CEO of Sapient, the parent company of SapientNitro.

The Iota partners have a history with Sapient. They founded an ethnographic research firm called E-Lab, acquired by Sapient in 1999. After the acquisition, both Cain and Robinson assumed positions at Sapient before moving on to roles outside the company. Cain was North American operations lead and Robinson was chief experience officer.

After leaving Sapient, Cain led the consumer experience planning team for Motorola’s handset division, and was director at INGENIX, a “big data” software unit of UnitedHealth Group. Robinson went on to be a global market research director at NOP/GfK; a partner and senior vice president of research at global survey panel provider Luth Research, and a research fellow at Continuum in Boston.

“Simply put, we help brands to powerfully inform their stories with the richest insights they have seen,” stated Robinson. “Our challenge as a small boutique had been the lack of a scaled platform to bring to life those stories to their fullest expression. As part of SapientNitro, we can leverage the best storytellers in the world -- ones that embrace the entire consumer ecosystem.”