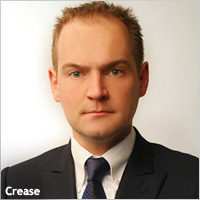 Agency sponsorship units are flocking to Russia in anticipation of major sporting events that will take place in the country over the next six years.

MediaCom Sport, a  unit of WPP, has opened a new office in Moscow in preparation for the 2014 Winter Olympics and the 2018 FIFA World Cup Soccer Tournament. The southwestern city of Sochi will host the Winter Games, while World Cup matches will by hosted by various Russian cities.

MediaCom Sport is the second Western agency sports marketing unit to set up shop in Moscow in as many weeks. Last week, Havas Sports & Entertainment confirmed it had opened a new office there to help clients gear up for upcoming events.

The new MediaCom Sport office in Moscow will be headed by Ken Crease, the former managing director of Sport Media Group. Crease has close to 15 years of experience in the Russian market, working with clients such as Volkswagen, Megafon and Hankook.

A number of MediaCom clients have already signed as partners for the Olympic and World Cup events, the agency said, adding that total sponsorship deals around the Sochi games are estimated to be worth around $1.2 billion. It did not offer a spending estimate for the World Cup sponsorships.

“Russia is going to be at the center of global sport for the next six years,“ stated Crease. “Participating in sport presents great opportunities for brands to forge strong bonds with consumers.“

MediaCom Sport is also preparing to open three additional new offices in North America, Latin America and Europe, the agency said. Those offices are scheduled for opening by the end of the year.