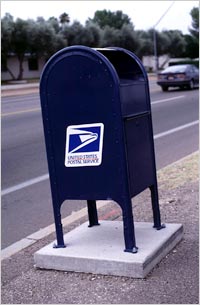 Last week, Interpublic Group CEO Michael Roth, speaking at the Goldman Sachs media conference in New York, joked that it takes the U.S. Postal Service five years to conduct agency reviews -- or about the length of the contract term that winning agencies receive. At least two of IPG's better-known agencies, Campbell Ewald (CE) and Draftfcb, have U.S.P.S. assignments, including creative and retail, respectively.

A U.S.P.S. rep has confirmed that the Postal Service has scuttled an advertising and marketing RFP review process that began in March of 2011 and that will begin anew.

The Postal Service spent nearly $100 million on ads in 2011, according to Kantar Media.

At the time the USPS issued the since-aborted RFP last year, CE was the defending incumbent for creative, media and direct marketing responsibilities. Now the Postal Service has decided to review those capabilities separately, starting with creative, which is ongoing. The agency will reissue separate RFPs for specific marketing disciplines in the future, starting with media later this month, the rep said.

The bad news for CE -- it’s out of the running for the new creative contract, an assignment Roth told Goldman conference attendees the agency was defending. The good news: the shop is free to pursue the media account once a new RFP for that sector is issued.

“Our contract with Campbell Ewald will be expiring at the end of September, and we will not be renewing it,” the USPS rep said, adding that the shop is free to bid for the new media contract "just as any interested party" can.

The rep declined to identify the agencies that are in contention for the new creative agency contract. “As for the ad agency review that was issued last year, we are still in the process of reviewing new agencies, but that specific RFP for an agency of record is no longer being pursued.”

Going forward, the USPS rep said: “We have a new advertising direction and will be releasing a new series of RFPs.” Specific reasons for the reboot were unclear and further details were unavailable.