The Museum Of (Pick Only One) Cool/Smart/Fun Mobile Ads 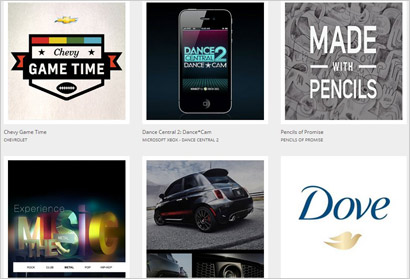 If there isn’t such a thing online as the "meme of the week," there should be. The trending topic in the field of mobile marketing over the last week has been the dismal state of mobile monetization. We admit it -- we may have had something to do with this.

FT’s GM Rob Grimshaw had an excellent keynote at OMMA Mobile Europe last week (catch the video here) in which he outlined the potential "catastrophe" awaiting publishers that didn’t get business models working in a hurry on these device platforms. And then yesterday we covered a new survey of UK publishers that got even more pick-up later in the day, which placed much of the blame for the mobile money gap on the doorstep of agencies that aren’t moving budget. And a couple of weeks ago, NYTimes.com published a piece quoting ad execs citing small mobile banner sizes as part of the explanation for microscopic mobile budgets. I saw a headline today about mobile “killing” advertising as we know it.

Wait a second -- weren’t we a bright shiny object just a few weeks ago?

I have to say that while it is not my job to be a cheerleader for mobile marketing, I do recoil when I hear the field bashed undeservedly and on specious grounds. It seems to me it is the diminutive size of mobile platforms that is its greatest advertising strength. They demand and receive our focused attention in ways that the Web never achieved and TV only occasionally achieves. I am no fan of the banner ad. I think it is a regrettable vestige of an original sin of digital media: technology allows us to disperse crap creative across millions of crap locations for crap monetization and then crow at the little tweaks that lift response by small percentages off of a crap baseline.

But even execrable banner ads have an enhanced effect when that is all the marketing message a person sees when working n a concentrated mode that mobile screens evoke. Combine that attention and (I have to say it ) engagement with genuinely creative and screen-filling executions and you have something truly effective and even entertaining.

Thanks to Google for opening last week a tribute to smart mobile advertising. The Creative Sandbox is the closest thing to a museum of mobile ads that I have seen. There are some oldies and goodies like the 2011 hit from Lawry’s that rang a dinner bell with a smartphone shake (oh, memories!). And then there was the great Chevy Gametime second-screen app for the Super Bowl. While a sampling to be sure, there are some cool ideas represented here. And many of them have results included.

Google clearly is giving its ad agency sponsors a bit of an ego trip here. The well-designed items pop up to jump to the teams involved and their agencies. You can vote on whether the campaign seeds "smart," "fun" or "cool." Rest assured, buyers, planners and creative -- you can only be consigned to one of those three adjectives.