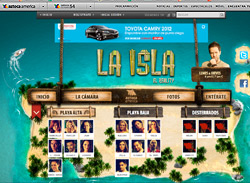 Not long after Univision signed up for Rentrak’s second-by-second data, lower-profile Hispanic-targeted network Azteca America has followed. The Univision/Azteca dynamic follows a strategy employed by Rentrak, where it looks to recruit one entity in a particular market and hopes that competitors will fall in line.

The Univision arrangement covers the national flagship network, as well as another broadcast outlet, plus a new 24/7 sports network and various properties.

Azteca America has reach in 75 markets from Miami to Seattle as a broadcast channel, and coast-to-coast via DirecTV and Dish. Like Univision, it carries Mexican soccer games.

It is possible that Rentrak could leverage the relationships to land Telemundo as a client. The network is part of Comcast, where CNBC has made an upfront deal employing Rentrak data along with Nielsen’s.

It is also likely that station groups owning Hispanic-targeted network affiliates are using Rentrak data in their markets. For example, Fisher Communications, a Rentrak client, carries MundoFox in Seattle.

On the Azteca deal, company CEO Martin Breidsprecher indicated that Rentrak should help as it expands into more markets, saying the “granular and stable TV ratings information will allow us to determine the viewing behaviors of our consumers in all 210 media markets.”