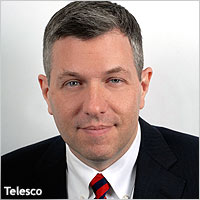 Tom Telesco has been named worldwide president of Orion Trading, the Interpublic Group's corporate trade operation. Telesco will oversee the company’s global business, which acquires and disposes of unwanted assets from clients in exchange for ad time.

The operation, founded 16 years ago by Orion Holdings CEO Brian McMahon, now has offices in 12 countries worldwide with more on the way. It’s part of IPG’s Mediabrands division.

The company also confirmed that Laura Ryan, executive vice president, director of client and media services, has been promoted to president of Orion Trading, U.S. She will report to Telesco.

Telesco was previously president of Orion Trading’s North American operation. He joined the unit in January of 2010, having earlier served as executive vice president and managing director at sibling media agency UM, where he oversaw the Verizon business. He will continue to report to McMahon in his new role.

The move frees up McMahon to focus full attention on other businesses within Orion Holdings, including Orion Printing, a global joint venture with Pitney Bowes that was launched earlier this year. Over the past year, Orion and McMahon also oversaw the development of BPN, Mediabrands’ third global agency network. Now that the shop is operational, it has shifted out of the Orion stable and reports directly to Mediabrands CEO Matt Seiler.

According to McMahon, Orion Holdings is devising growth plans for several other businesses under its wing, and will release the details of these in the coming months.

The barter trading business is poised for “exponential growth,” McMahon asserts -- noting that over the past several years, Orion Trading's billings have grown annually by 30% to 40% with double-digit revenue growth. Billings now exceed $1 billion for both Orion Trading and sibling firm Orion Capital, a media investment arm that has been up and running for about a year and a half.

“Clients are accepting it a lot more, “ McMahon said of using the barter trading option as way to maximize the return of underutilized corporate assets. He credited Telesco with adding more than two dozen new U.S. clients over the last year and a half. “He’s been a fantastic partner in building the U.S. Orion business,” McMahon said.

Telesco stated that he’s looking forward “to the challenge of raising the awareness of barter as a strategic business tool for more and more clients.”