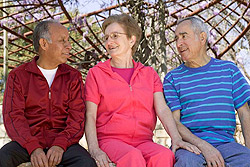 WPP Hispanic-focused ad agency Wing has teamed with market research firm Experian Simmons to produce a study that quantifies the influence that Hispanic lifestyle and culture have had on broader non-Hispanic communities in the U.S.

The companies claim that up to now that cultural impact has only been anecdotally observed; their research constitutes the first comprehensive study of the Latino effect in America.

The study, titled “The Latino Influence Project,” measured over 25,000 respondents across numerous variables, including language gender, age, household income and political outlook. The findings show that Hispanics are influencing non-Hispanics -- particularly those who live in areas highly populated by Latinos -- in their brand choices, behaviors and attitudes.

The implications are significant for marketers.

For example, the report indicates that non-Latinos who say they are influenced by Hispanic culture are more likely to find TV ads “interesting” and are 80% more likely to think that advertising presents a “true picture of products.” They are more than twice as likely to pay attention to commercials in movie theaters as their non-Hispanic counterparts who aren’t as influenced by Latino culture.

Another finding: Latino-influenced non-Hispanics are three times as likely to be interested in other cultures and love the idea of traveling abroad. They are also twice as likely to use their cell phones and the Internet for information and entertainment, per the report.

“As the Latino population grows, Non-Hispanics [increasingly] interact on a daily basis with Hispanics,” stated Holly McGavock, planning director of Wing. “Understanding Latino attitudes and behavior today is a window into how Americans in general will think, feel, and act in the future.”

The influence factor is also found in food choices and music preferences, the study found, reporting that "influenced" non-Latinos are six times as likely to listen to and enjoy salsa and merengue-style music. They also claim to eat less processed food.