Toyota Recall: Will It Hurt Consideration? 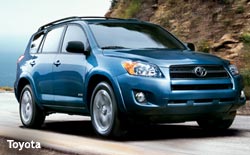 It's all over the news: Toyota Motor is recalling 7.4 million vehicles worldwide because of a glitch in the power window switch. The problem for engineers is a circuit fire hazard. The problem for marketers is whether this will restart the engine of doubt about the company's reputation post the big recalls between 2008 and 2011.

To be sure, automakers recall vehicles frequently and usually before there's a major outbreak of failures (GM just recalled over 41,000 vehicles for a fuel leak risk; Ford recalled several thousand 2013 Escapes in September; and Honda has just announced it plans to recall 489,000 of its CR-V crossovers also for window switch issues.)

The problem for Toyota, in terms of the brand impact, is the scope of the recall, as it's the biggest since 1996 when Ford pulled back about 8 million vehicles to fix an ignition glitch. The vehicles that Toyota has recalled in various markets include Yaris, Corolla, Matrix, Camry, Highlander, RAV4, Tundra, Sequoia, and the Scion cars xB and xD --all produced between 2005 and 2010.

Adding to the problem is the fact that Toyota recalled over 10 million vehicles between 2009 and 2011. The fact that Toyota returned to being the world's best-selling automaker in the first half of the year and posted its best operating profit in four years between April and June, however, may militate against there having been any lasting perception damage from the past issues.

The company expects to sell 9.76 million cars and trucks and has seen huge sales recovery as it has its supply chain back in order after having recovered from the earthquake and tsunami last year and floods in Thailand.

George Cook, a former Ford marketing executive and a marketing professor at the Simon School of Business at the University of Rochester who has been studying Toyota’s recovery, tells Marketing Daily the size of the recall is part of the issue. "This is a big number, and while there have been no accidents, I think it's a two-edged sword," he says. He adds that at least they were proactive instead of reactive. "That's very, very good, which was not the case with the accelerator incident; they are trying to repair their image versus the previous 11 million recalls."

He says owners will give them credit for that, but while Toyota owners can be cultish, that could change. "I think at some point in time, because of the sheer numbers,  someone has to say, 'How many more do we have of these?' So I think it could damage ownership loyalty. They will ask, at some point, if Toyota really has control of quality anymore."