Blinded By Pink, Consumers Are Cause Skeptics 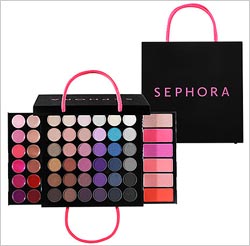 When it comes to pink ribbons and cancer awareness, it looks like consumers are increasingly suspicious: A brand-new study from Cone Communications reports that an astounding 77% of people believe companies’ interest in cause-related efforts is “solely for corporate gain.” And only 26% think that support has done any good.

And while Lance Armstrong’s abrupt fall from grace is likely to create additional challenges for cancer-related efforts, Craig Bida, Cone’s EVP of cause branding, tells Marketing Daily, “it’s important to realize that consumer expectations that companies contribute to these causes have never been higher. People believe companies need to do more than just make money.”

The problem, the research finds, is that consumers perceive the pink parade as both overwhelming and ineffective. While 92% say they believe breast cancer is a critical cause for businesses to support (and 86% have a positive impression of companies that do so), 68% say they are blinded by all the pink, and that few cancer cause promotions stand out to them. And 90% wish corporate support would happen all year long, not just in October.

What that means for marketers, he says, is that cause-related efforts need to be both more transparent about how they support the cause and more communicative about the results.

And, perhaps as fallout from the Susan G. Komen Foundation flap earlier this year, when its leaders were forced to step down after a controversial decision to stop funding Planned Parenthood projects, the Cone research reports that consumers are also fussier about who and what companies do with their breast-cancer funds.

Just 6% are content with corporate dollars going toward disease awareness and education, the survey finds. Instead, they would rather see contributions go toward research (46%), screenings and prevention (26%) and support for women and families actually affected by breast cancer (22%).

And they are increasingly leery of one or two large foundations, such as Komen, dominating the conversation. “For nonprofits, that desire for diversity is good news,” Bida says, “and might mean a seat at the table for more organizations.”

Marketers are responding, Cone reports, by offering “curated collections” like those from Macy’s and Sephora to broaden choices, by awarding money to more groups, and increasingly, by putting a face with their efforts, like Ford’s Models of Courage and Caribou Coffee’s Amy’s Blend.

“Overall,” he says, “consumers are looking for impact.”

Bida doesn’t think that the Armstrong debacle, or Nike’s dumping of the cyclist for doping, will have much of a long-term effect. “Armstrong is a celebrity, and now a fallen hero. But people weren’t wearing those bracelets for Lance. They were wearing them for people in their families and communities. That grassroots participation won’t evaporate overnight,” he says, pointing out that Nike intends to continue its support of Armstrong’s Livestrong Foundation, even while dropping him as an endorser.

In its statement, Nike says it “plans to continue support of the Livestrong initiatives created to unite, inspire and empower people affected by cancer.”

cause-related, health, research
2 comments about "Blinded By Pink, Consumers Are Cause Skeptics ".
Check to receive email when comments are posted.
Read more comments >
Next story loading