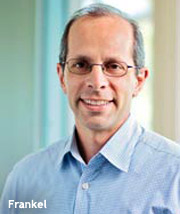 The world became smaller for RocketFuel and its U.S. brand clients after the company inked a deal in Japan with cyber communications inc. (cci), a wholly owned Dentsu subsidiary.

The deal supports media buying for U.S. companies in more than a dozen countries. While most advertisers -- even multinational brands -- plan and buy media locally, the companies share best practices in a variety of media such as programmatic buying and artificial intelligence, which RocketFuel founder Richard Frankel describes as the method used by computers to learn to solve problems and serve more relevant ads.

RocketFuel, now with offices in 15 cities worldwide, wanted a partner to enter the complex Japanese market typically filled with pre-existing relationships, Frankel said. Those existing partnerships and government regulations make it difficult for U.S. companies to enter and find success on their own.

The two companies plan to share resources. Rocket Fuel and cci will send employees from each company to the other for training and sharing of resources. Hideyuki Nagasawa, president and CEO of cci, said the company has relationships with more than 1,000 agencies and publishers. While cci brings the expertise in the local market, Rocket Fuel will bring knowledge and technology related to programmatic buying, and real-time media buying of exchange inventory.

Data will support the relationship, with RocketFuel supporting 11 million attributes of consumers, from weather to kids in a household. "With all that data, it's about testing and figuring out what information to use for any given campaign," Frankel said. "The challenge isn't getting access to the data, but what to do with it."