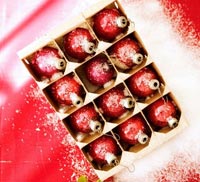 New forecasts from data powerhouses Deloitte and Accenture both point to happier holidays, even if consumers are still being cautious with Santa’s bankroll.

Deloitte’s study finds a sharp rise in optimism with 50% of those in its survey expecting the U.S. economy to continue to improve next year, up from 33% in last year’s survey. And the percentage of those who say they intend to spend less on Christmas this year than a year ago fell to 37%, the lowest level since 2006.

Still -- at least for now -- shoppers are saying they intend to be careful, and plan to spend $386, down slightly from $395 in 2011. Omni-channel shoppers are likely to be the biggest spenders, and say they intend to spend $600, 71% more than store-only shoppers. And the trend toward fewer gifts continues: This year, shoppers say they will buy 12.8 presents, down from 14.7 last year, and almost half of the 23.1 gifts planned for back in 2007.

A big change this year, however, is the power of the smartphone, Deloitte vice chairman Alison Paul tells reporters during a conference call. “Smartphone users will contribute 5% to store sales this year,” she says, “and consumers insist on connectivity. They will leave stores if they don’t have it. And they’re not just checking prices -- they’re also reading reviews, and photographing potential purchases to share with friends. And overall, 68% of the survey’s smartphone users say they intend to rely on them in some manner while shopping this holiday. “In-store connectivity is an aid to shopping, not a detriment,” says Paul, who leads Deloitte’s retail and distribution sector.

Some 45% intend to shop online; only discount stores, where 51% plan to buy their gifts, are more popular. And 11% of the survey, which included more than 5,000 adults, say they will shop via a tablet.

Meanwhile, the Accenture Holiday Shopping Survey is calling for an increase in spending, with half of the respondents expecting to increase their spending by at least $250. On average, it says consumers expect to spend $582 on this year’s holidays, while 23% say they intend to shell out $750 or more. Still, people are being somewhat conservative, with only 5% planning to be “extravagant,” and 8% saying they are willing to “splurge.”

And certainly, the study finds shoppers are more deal-conscious, with 53% planning to shop on Black Friday. That reverses a several-year trend, it says, with 44% likely to shop Black Friday, 47% in 2012, and 52% in 2009. And 56% are likely to “showroom” -- industry-speak for checking out an item in a store, then finding it for a better price online. Some 27% say they will make those purchases right in the store, via smartphone or tablet.

Accenture also reports that people are better prepared this year, with 51% paying for the holidays with cash saved for that goal, compared with 45% in 2011.