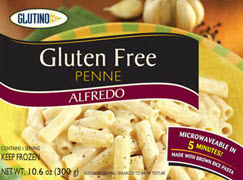 Gluten-free (GF) foods and beverages saw annual compound growth of 28% between 2008 and 2012 in the U.S., and will reach an estimated $4.2 billion this year, according to a new report on GF foods and beverages from research publisher Packaged Facts.

The 2012 estimate has been revised upward from last year’s, which projected sales at $3.9 billion, reflecting faster-than-expected growth.

Looking ahead, GF products’ growth will slow somewhat, but still enjoy a CAGR of 8.3% over the next five years (including 15% growth next year), to reach $6.6 billion by 2017, the report projects.

Packaged Facts defines GF foods as those that are clearly marketed as GF, excluding those that couldn’t contain gluten in the first place.

In August 2012, 18% of adult consumers surveyed by Packaged Facts reported having bought or consumed products tagged GF within the past 30 days, up from 15% in October 2010.

In addition to the skyrocketing growth of GF purchases by those with celiac disease or sensitivity to gluten (nearly 90% of these consumers now report buying such products), the share of overall shoppers who are buying more GF products has about doubled, to 17%.

In fact, the #1 reason cited by consumers for buying GF products is that they believe these products are generally healthier, points out Packaged Facts research director David Sprinkle.

GF products have a “halo” for a number of reasons. One is that many of the companies that produce them tend to in general produce all-natural and organic foods free of pesticides, preservatives and genetically-modified organisms (GMOs) -- and that “free-from” designation of course implies that these foods are healthier than the alternatives.

Moreover, more than a third (38%) of consumers surveyed this year indicated that some foods that they buy primarily for other reasons (organic, vegetarian, GMO-free, allergy-friendly, etc.) are also flagged as GF.

This “trial” factor, combined with growing awareness of celiac disease, food allergies and related disorders among the public and medical community, plus rapidly expanding availability of consumer-friendly GF foods (including expanding assortments in mass-market food retailers) are among the factors that will continue to drive GF growth, according to the report.

The most popular categories of GF foods in food/drug/mass retailers include snacks/granola bars, frozen dinners/entrées/pizza, and crackers/salty snacks, according to Packaged Facts’ analysis of SymphonyIRI sales data.

Smart Balance, which now owns the Glutino and Udi’s brands, is by far the leader among specialty producers of GF products, according to the report.