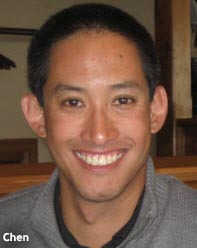 With the new platform, the popular online music video company -- owned by Universal Music Group, Sony Music and Abu Dhabi Media – is hoping to increase its reach among marketers.

The new platform is designed to complement Vevo’s existing sales structure, according to Welby Chen, SVP of sales and revenue operations at Vevo.

“The exchange complements the work of our sales team,” Chen said Monday.

Powered by Adapt.tv, the new platform is being made available to Vevo’s network of some 800 brand partners simultaneously, according to Chen.

In the next five years, the RTB market in North America will reach $7 billion, according to recent estimates from Rubicon Project’s third-quarter RTB Report.

According to the latest comScore data, Vevo racked up just over 50 million unique video viewers in September -- bested in that category only by YouTube, Yahoo, and AOL.

Within YouTube, Vevo remained the most popular channel in September with some 48.8 million viewers.

In sheer dollar terms, Vevo is reportedly on pace to generate $280 million in revenue in 2012 -- up from $150 million last year. The company, however, has yet to confirm these numbers.