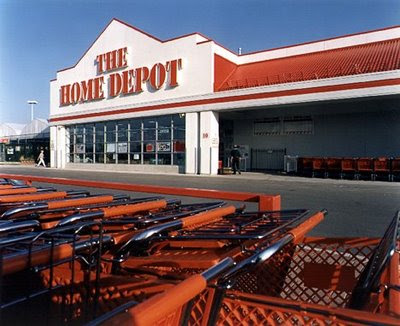 While it’s still far too soon to count the cost of Hurricane Sandy, retailers didn’t even wait for the winds to die down before offering help.

Retailers have come to regard themselves as a sort of unofficial Red Cross, and this storm was no exception, whether it’s Walmart offering behind-the-scenes help to state agencies, or Sears shipping portable generators and flashlights to East Coast locations.

“Our associates are already helping local communities and other associates who have been impacted by the storm,” a spokesperson for the Home Depot emails Marketing Daily. “We are helping local disaster relief agencies, including the Red Cross, as they assess damage and determine the clean-up and rebuilding efforts that will be needed. As these needs are determined, Team Depot, our associate-led volunteer force, will be deployed to assist.”

Prior to the storm, she says, “we pre-positioned loads of product outside the strike zone with recovery supplies. Those trucks have already starting rolling this morning to our stores, filling essential products, such as generators, cleaning supplies, chainsaws, tarps, batteries, flashlights, pumps, and shop vacs.”

Target, too, says its stores are already making donations in communities. “These donations are in response to local needs and have included basic items such as pillows and cribs,” a spokesperson says, via email.

And Walgreens, which says a number of its facilities and stores were without power and that it is re-opening stores by the hour, is “in contact with the American Red Cross to offer assistance to first responders and to local communities impacted by the storm. Walgreens also anticipates requests in the coming days from relief agencies, charitable organizations and emergency management services.”

Before the storm hit, it deployed 180 electric generators and supplies of dry ice to keep medications cold.

But stores that don’t sell storm essentials are still trying to sort out the mess and get back to business. Macy’s, for example, was able to begin reopening stores in affected areas as early as 10 a.m. on Tuesday. But “it is impossible to estimate lost sales until we know how many will be open/closed and the timing of reopenings,” a Macy’s spokesperson tells Marketing Daily, also via email.

“The longer the power is out, the more retailers and their stores will be impacted,” a spokesperson for the National Retail Federation tells Marketing Daily by email. “Some companies will see increased traffic with people looking for shovels, generators, blankets and other essential items, but others who have had to shut stores or who are based in towns where people cannot leave their homes will certainly see a difference in their October and even early November sales.”

Meanwhile, “store losses for the eastern U.S. from Atlanta to Boston are probably $350 million a day, but could be as high as $500 million a day,” Walter Loeb of Loeb Associates, tells Women’s Wear Daily, with lost retail sales at New York City stores that could exceed $30 million a day.