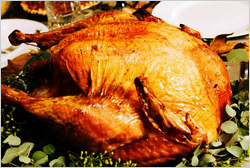 Maybe we don’t like our families as much as we think we do. Even as activists groups collect hundreds of thousands of signatures to ask Walmart and Target to reconsider plans to open on Thanksgiving, many consumers seem fine with leaving the dishes in the sink and heading straight for the mall.

In fact, they’re loading up for a major shopping haul. New data from Deloitte shows that 23% of people plan to shop in stores on Thanksgiving Day, an increase from 17% in last year’s survey. And more than one-quarter will shop online. (The consultancy fielded its survey last week, and included 1,000 adults.

Experts say that despite a relatively small group of agitated traditionalists, it just doesn’t make sense for stores to close when competitors will be open, ringing up big sales.

“Consumers have become more sophisticated with their Black Friday shopping strategy and the retailers have to follow,” writes Marshal Cohen, NPD’s chief industry expert, in the market research company’s latest blog.  “With staggered hours, the type A Black Friday shopper will hit the stores every time they open, which will give the stores an occasion to make a big first holiday impression. Consumers are likely to return even after they stock up on great deals, when they see the products/deals the store has to offer while they shop the first round. The early bird does indeed catch the worm.”

Meanwhile, a Target employee has collected more than 350,000 signatures on a petition asking Target to close on Thanksgiving, and a similar petition for Walmart has collected some 30,000 names. Change.org says activists on its sites have started some 130 such petitions.

But don’t expect stores to pay much attention. “The retailer will stay closed on Thanksgiving under only one condition -- the consumer stays home to watch football instead,” Coen writes. “This is an experiment that has become contagious, and most retailers want to find out if it works.”

Analysts seem confident that customers will shop with gusto, with Deutsche Bank singling Target out as especially well positioned to profit this year, in part because of that 9 p.m. opening on Thanksgiving. “We think the stage is set for an upside surprise,” it writes in a recent analysis of the Minneapolis-based company, in part because of the early opening and “a much improved e-commerce department.”