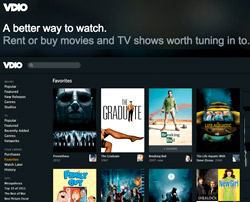 Moving one step closer to taking on Netflix, video service Vdio just launched in private beta in the United States and the United Kingdom. The secretive start-up is the latest endeavor from Janus Friis -- co-creator of KaZaA, Skype, Joost and Rdio.

Aside from its well-known founder, little is known about the new movie streaming service.

Along with the slogan “A better way to watch TV,” Vdio’s current splash page invites users to “rent or buy movies and TV shows worth tuning in to.”

The locked page also highlights a range of movies, from "Ted" to "The Graduate," along with popular TV shows, including "Mad Men" and "The Tudors." Whether the start-up has secured the rights to carry any of this content is unknown.

Also well known is the failure of Friis, along with longtime partner Niklas Zennstrom, to get any traction with their last video venture, Joost. Seriously over-hyped, Joost’s downfall was largely attributed to a lack of content partners and quality content.

Still -- especially if the content featured on Vdio’s flash page is any indication -- Friis seems to have developed a better appreciation for media partnerships. Having just officially sold Skype to Microsoft, Friis is said to be itching for another opportunity to tackle online video.

Netflix’s recent missteps have opened a clear window of opportunity for existing and potential rivals. In fact, Netflix’s woes reportedly contributed to Hulu’s owners’ decision not to sell the company.