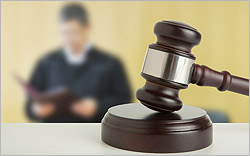 A group of the nation’s largest ad agencies have been dragged into a class-action lawsuit that alleges that a number of New York-based modeling agencies have systematically cheated professional models out of millions in usage fees.

Large cosmetics marketers such as Revlon, Coty and L’Oreal were also charged with similar violations.

The formal complaint was filed in New York State Supreme Court earlier this month by model Louisa Raske, who charged that she and dozens of other models were cheated out of more than $20 million in fees by modeling agencies, such as Wilhelmina Models, Ford Models, Trump Model Management.

Still the ad agencies and clients used and continue to use images of models in ads in the U.S. and other markets without proper legal authority according to the suit. “The advertising agency defendants and client defendants received releases that the models never agreed to or executed,” the suit stated.  Plus, the models have not been paid for the use of their images based on those releases, the suit added.

Raske has asked the court to bar the agencies and clients from any further use of images if the rights are based on unauthorized releases.

So far, none of the defendants has responded to the specific allegations in the suit.