Cyber Monday Search, Sales Rise, Along with Cost Per Clicks 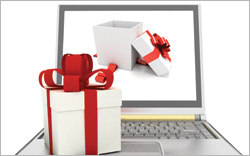 About two hours after Monday's sunrise on the West Coast, the keyword terms "cyber monday deals" became the No. 1 search query on google.com with more than 1 million searches, per Google.

Searches for the term "Cyber Monday" rose 400% in the U.S., compared with the same time last week. Two new products searches spiked during the prior 24 hours: Assassin's "Creed 3," and Headphones. The No. 1 U.S. retailer on Google's search engine goes to Walmart.

Searches are definitely up versus last year, admits Suzy Sandberg, president at PM Digital, a search agency focused on retail clients. "Clicks are way up if the advertiser is being promotional," she said. "If not, we are seeing flat results to last year."

When it comes to real-time clicks, the major trend this year is "astronomically high" cost per clicks (CPC) on Google and Bing, up between 30% and 50% across the board. Sandberg said CPCs have been magnified on Google because of high spend rates.

Online sales rose 24.1% during the early morning hours on Cyber Monday -- up to 25.6% midday compared with the year-ago period, according to IBM Smarter Commerce. The Big Blue division said the number of consumers using a mobile device to visit a retailer's site rose 22.4% early Monday, but dropped slightly to 21% midday.

The iPhone drove more retail shopping than any other device, with traffic reaching 8.7% versus 7.2% and 6.3% for iPad and Android, respectively.

This year's uptick in daytime cyber sales could mean companies have begun to relax when it comes to employees making online purchases at work. That's what a survey from Robert Half Technology suggests. About 1,400 CIOs from companies across the United States with more than 100 employees were asked about their company's employee online shopping policy while at work. This year, only 33% said they would block access to online shopping sites, down from 60% in 2011.

Online spending during November and December should rise 12% to an estimated $96 billion in 2012, according to the National Retail Federation. Data firm ComScore said Black Friday, typically an in-store sales day, pushed online sales up 26% to $1.04 billion, compared with last year.