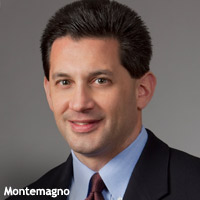 Cablevision, which at times has taken a hard-line stance when negotiating carriage deals with programmers, said 23-year company veteran Tom Montemagno will take over as the executive vice president of programming. He replaces Mac Budill, who recently joined NBCUniversal in a top distribution role.

Montemagno will report to CEO James Dolan, as his role covers linear programming, as well as on-demand and TV Everywhere platforms. He has been the lead negotiator with networks in his role as senior vice president of programming acquisition.

Cablevision has had prolonged spats with Fox and ABC that led to brief blackouts, as a retrans consent era has set in. But it recently cut deals with CBS and NBCUniversal. In August, after years of holding out, it inked a deal to carry the NFL Network and NFL RedZone.

Cablevision and Time Warner Cable were the first to launch a service allowing live viewing on iPads in the home.

“[Montemagno’s] ability to work with programmers to reach the increasingly complicated agreements that continue to shape and define our core video product is well established and has been an invaluable asset to Cablevision,” Dolan stated.