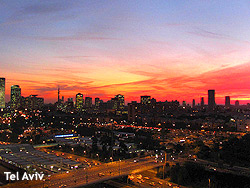 Campus Tel Aviv, a Google program in Israel supporting the growth of start-ups, launched Monday to foster innovation in Internet technologies and mobile applications. The program will provide entrepreneurs a hub to develop and test new ideas, as well as Launch Pad, a two-week boot camp about product strategies, measurement tools and technology.

The community support from a 1,500-square meter floor in a building won't necessarily provide funding, but rather invest time, resources and facilities. Collaborating partners include The Tel Aviv Angel Group, UpWest Labs, The Junction, The Zell Entrepreneurship Program, DC Elevator, and Meet.

Google Israel relations manager developer Amir Shevat and Google new business development manager Eyal Miller will run the incubator devoted to entrepreneurs. The company will encourage innovation in Israel, something the Israeli government has been building on for years.

In Israel, the Internet economy contributed 6.4% to the country's gross domestic product in 2009, but analyst firm McKinsey & Company estimates it will reach 8.5% by 2015. Israel is the world’s second-largest center of tech start-ups after Silicon Valley; Shevat points to the stats in a blog post.

Aside from search, Google has supported Internet and mobile entrepreneurs in Israel through tech talks, events and hackathons.

In early 2000, it helped companies build a technology corridor similar to California's Silicon Valley, where high-tech businesses could explore options. Israel's commercial tech revolution, however, began decades before, in the 1970s. Around that time, prior commercial endeavors focused on orange groves.

Building a business is tough in any country. In India, nearly 25% of 379 tech startups launched this year shut down, according to a study from the startup incubator Microsoft Accelerator India, which launched earlier this year.