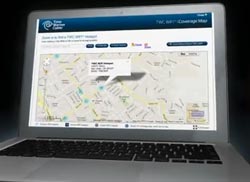 With more products, features and services being developed all the time, Time Warner Cable has launched a new ad campaign bent on educating its customers on all that they have to offer.

“We have so many features and functionality and things that we provide to our customers that we felt like we needed to get out,” Jeffrey Hirsch, executive vice president and chief marketing officer of residential services for TWC, tells Marketing Daily. “There are some people who knew about all the stuff, there are a lot of people who don’t know about the things, and there’s a lot of new things we added this year that we wanted to talk about.”

The new campaign, called “Did You Know,” features one of the company’s products or services combined with a somewhat related factoid for a humorous break. One commercial tells of people using TWC’s on-demand service to catch up on television shows for free, while also sharing that Americans eat enough popcorn in a year to fill the Empire State Building 18 times over. “That should be enough to cover your shows,” says a British-tinged voiceover. Other features showcased in the campaign include online account management (coupled with a fact about Neptune’s distance from Earth) scheduling and the increasing presence of WiFi hotspots (coupled with a factoid about the number of volcanoes erupting at that very moment).

“We felt it was a good vehicle to remember what we’re doing,” Hirsch says. “There’s a feature and then there’s a related fact.”

TWC will use the campaign to highlight a different feature or service each month, both for existing features as well as new ones when they roll out. “As we start to roll out new service initiatives, we’ll start to have one for each of them,” Hirsch says.