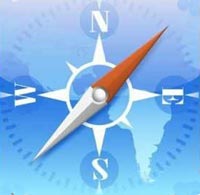 One search marketing firm is warning its colleagues in the field to prepare themselves to answer some hard questions about why clients’ SEO traffic from Apple devices may likely be declining in recent months, by up to 9%. When Apple introduced iOS 6 this fall, the company also changed the way it handles queries through the Google search box in its iPhone and iPad Safari browser. All requests now go through SSL by default and are encrypted.

As SearchEngineLand outlined in September, this process -- designed to enhance privacy -- can also impact whether the HTTP header from the search is passed along to the destination. And as eConsultancy found in late November, “It means a big proportion of Safari organic search traffic is now being misread as being 'direct' traffic, so publishers don’t know how IOS 6 users found their Web sites through organic Google search."

Several months after iOS 6 was released, the effect of this change is even more pronounced on the mobile search ecosystem as Apple device penetration accelerates. Search marketing firm Define Media has done an analysis on a cross-section of its clients and their referral versus direct traffic in recent months to find that 9% of SEO traffic is being impacted as its sites see an abnormal spike in direct traffic being reported by Safari browsers.

The mix of traffic to client sites from SEO or direct has been relatively even (34% to 36% from each source generally) before the iOS 6 launch, Define Media shows. But from the day of iOS 6’s release the divergence in direct versus search traffic emerges immediately and has grown consistently as more people adopt Apple devices. By early December, 48% of site traffic was being reported as direct versus 18% from search.

By applying the pre-iOS 6 user behaviors to current metrics that obfuscate some SEO sources, Define says it estimated an 8.9% weekly search engine traffic percentage loss between September and December 2012. "This iOS 6 obfuscation is materially impacting our clients’ search referrals -- and likely yours too,” writes Define VP of Digital Media Shahzad Abbas.

Until Google fixes the issue with accurate reporting of mobile search referrals, Abbas recommends applying some kind of calculus that retrieves some credit for lost reported SEO traffic under iOS 6.