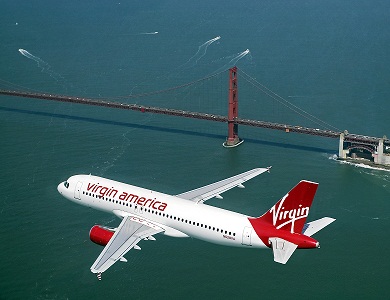 The spot is designed to highlight the skills of the airline's staff of crew, designers, pilots and other employees.

The ad kicks off the airline's new marketing campaign with the slogan "Flying in the Face of Ordinary," which aims to capture Virgin Atlantic's pioneering spirit. It will be broadcast on television stations, Hulu, video-on-demand networks, broadcaster apps and online channels globally starting Jan. 1.

The campaign debuts at a time of expansion for the airline, as Virgin Atlantic launches a domestic flying program in the United Kingdom with service between London Heathrow and Manchester, Aberdeen and Edinburgh.

The airline is hiring 150 new staff for this launch and the ad gives an insight into the kind of people that make Virgin Atlantic “fly in the face of ordinary” and provide prospective passengers “a welcome splash of red in a weary world of grey.”

"We're always on the lookout for gifted people to grow our business,” said Richard Branson, president of Virgin Atlantic, in a release. “Our staff hold the keys to the future of Virgin Atlantic; they work so hard, and we are delighted to dedicate this new advert to them.”

The ad is a “powerful New Year message encouraging everyone to look again at young people and the talents they have to offer to businesses and industries all over the country,” he adds. “People are at the heart of Virgin Atlantic and this campaign celebrates them."

Based on the lives of actual employees, the ad traces the lives of gifted youngsters born with special skills, and how they later use those talents to become outstanding employees at Virgin Atlantic.

One child has an amazing love of flight, and goes on to become a leading pilot. Another has a keen interest in how things work, and later becomes one of the company's leading design engineers. Others with excellent people and intuition skills become outstanding cabin crew members and ground staff.