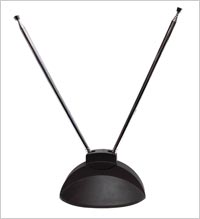 On the eve of this year’s annual CES mecca, where an array of new mobile gadgets are expected to be unveiled, audience measurement firm Rentrak announced a deal to begin measuring the mobile broadcast TV audiences of stations and networks in local markets.

The service, which is operated by Mobile Content Venture (MCV), is active in 35 media markets across the U.S. and represents more than 93 stations from broadcast groups including Belo Corp., Cox Media Group, E.W. Scripps Co., Gannett Broadcasting, Hearst Television Inc., Media General Inc., Meredith Corp., Post-Newsweek Stations Inc. and Raycom Media, all of which are part of the stand-alone entity known as Pearl, LLC, as well as Fox, ION Television and NBC.

The Dyle application enables live broadcast programming, including local and national news, as well as sports and entertainment content, to be viewed by consumers utilizing devices equipped with the ATSC-Mobile DTV standard.

The device, which will be on display during next week’s CES show in Las Vegas, has an eight-inch, high-definition screen capable of receiving 130 mobile TV stations, over-the-air TV signals, as well as Wi-Fi and GPS signals.

"Research consistently shows that consumers who try mobile TV not only watch television with greater frequency, but they also enjoy catching up on the latest information wherever they go,” stated Chris Lee, vice president-marketing for Digital Stream at RCA.

Rentrak did not disclose how it will be measuring audiences of mobile broadcast TV, but said it would be “census-level data,” as opposed to the kind of sample-based ratings that Nielsen provides the TV industry. Rentrak utilizes a census-based approach for conventional TV audience measurement by utilizing data from digital set-top devices.