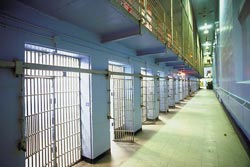 Former Posterscope USA president Todd Hansen was sentenced to four months in prison by a New York Court judge Thursday for his role in an accounting fraud scheme that artificially inflated profits at the Aegis Group-owned out-of-home specialist over a five-year period.

In addition to the prison term, U.S. District Judge Jed Rakoff sentenced Hansen, 49 and currently residing in Bakersfield, CA, to three years of supervised release. He was also ordered to pay $231,000 in restitution and a fine of $173,450.90.

Hansen pled guilty in June to fraud and conspiracy charges. A criminal investigation concluded that he and a co-worker, former Posterscope financial director James Buckley, hatched a plan to make it appear that the company was more profitable than it was by recording higher client billing rates than actually occurred.

As a result, fictitious profits of nearly $20 million over the five-year period from 2004 to 2009 were recorded in the company’s books. Both Hansen and Buckley received higher compensation based on the false accounting.

Hansen and Buckley were arrested in fall 2011. In October of last year, Buckley received a sentence of time-served -- effectively the one day that he was in custody following his arrest, plus one year of supervised release. In addition, Buckley was ordered to pay restitution of nearly $27,000.

Both men were let off lightly, given the possible maximum sentence of 40 years that each could have received.

It’s likely that part of the reason Hansen was issued a heavier sentence was that the criminal investigation, conducted jointly by the U.S. Attorney’s office in Manhattan and the Federal Bureau of Investigation, also found he had “misused tens of thousands of dollars of company funds to pay for expenses and fees that directly benefitted him, his family, and friends, and that were unrelated to the company’s legitimate business.”

Hansen departed Posterscope at the end of 2009 amid a management shakeup and corporate reorganization. He was replaced by OOH industry veteran Connie Garrido. After leaving Posterscope, he landed a job as president of the San Francisco division of Clear Channel Outdoor. He left that post in fall 2011 before his arrest related to Posterscope fraud charges.

An Aegis Group rep did not immediately respond to a query seeking comment on Hansen's sentencing.